India   Politics  26 Mar 2017  Was asked not to speak to media till Wednesday: Gaikwad
India, Politics

Was asked not to speak to media till Wednesday: Gaikwad

Threatening legal action against the national carrier, Gaikwad said he is not hiding and will be present in the Lok Sabha on Wednesday. 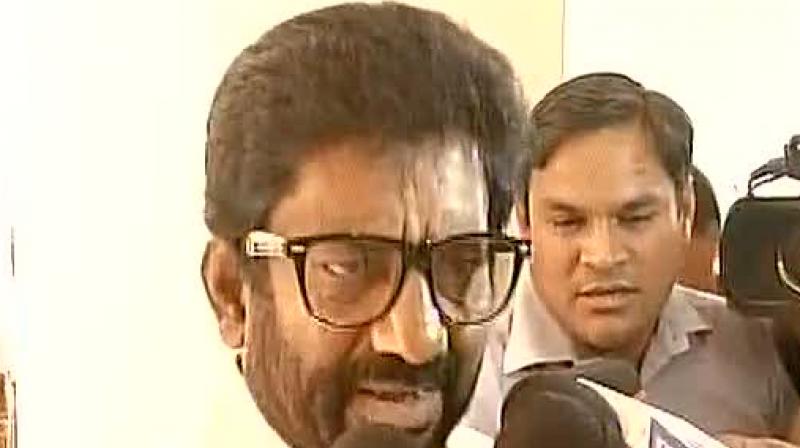 Osmanabad: Shiv Sena MP Ravindra Gaikwad, who allegedly assaulted a senior Air India official, on Sunday claimed that he was asked by a top party leader not to speak with the media over the issue.

Threatening legal action against the national carrier, the Parliamentarian said he has not gone into hiding and will be present in the Lok Sabha on Wednesday.

"A senior Sena leader ordered me not to speak with media till Wednesday (March 29) and so I am not coming before the media. I will come to Omerga on Tuesday and celebrate Marathi new year 'Gudi Padwa' with my family and Shiv Sainiks. I will then attend Lok Sabha session (in New Delhi) on Wednesday," Gaikwad said over phone.

The 57-year-old MP, who represents Osmanabad, however did not disclose his present location.

"I am not hiding and will speak to all after Wednesday," he added.

Gaikwad had on Thursday abused and assaulted a 60-year-old duty manager of the national carrier with slippers over not being able to fly business class despite having boarded an all-economy Pune-New Delhi flight.

Following the incident, he was barred from flying by major domestic airlines.

"A senior Sena leader did not call me to 'Matoshree' (Thackeray residence in Mumbai) and hence I am not going there to meet senior party leaders," he added.

He demanded that an inquiry should be initiated into the video (about the incident), which has gone viral.