India   Politics  26 Mar 2017  I was born in Karachi but was disciplined, educated by RSS: LK Advani
India, Politics

I was born in Karachi but was disciplined, educated by RSS: LK Advani

Thousands of dignitaries from across the country have arrived at Mt Abu to take part in the 80th anniversary event of the Brahma Kumaris. 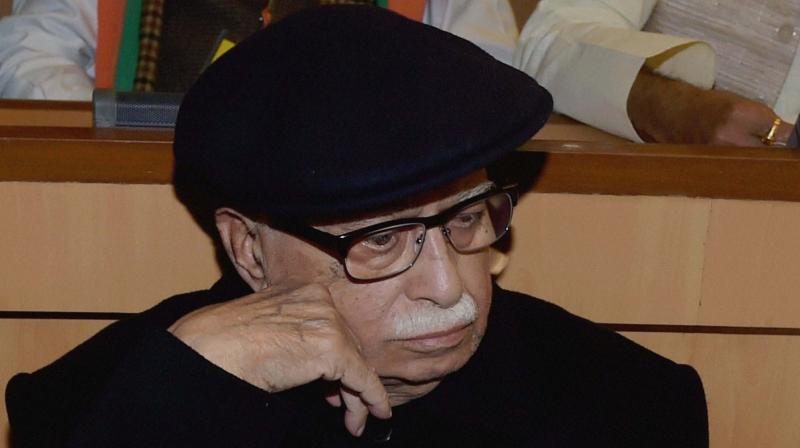 "I was born in Karachi but learnt discipline and got education from Rashtriya Swayamsevak Sangh (RSS). I learnt from the RSS that we should never promote wrongdoings. We get to learn about devotion and dedication towards country through RSS," Advani said in Mount Abu.

Thousands of dignitaries from all over the country have arrived at Mount Abu to take part in the 80th anniversary celebrations of the Brahma Kumaris, which is expected to be inaugurated by Prime Minister Narendra Modi on Sunday.

Prime Minister Modi will inaugurate the four-day event from Delhi by video conferencing.

Several other members of the Parliament, state legislators, senior judges, industrialists and celebrities will also attend the celebrations, which mark the latest milestone for the world's largest spiritual organisation led by women.

The administrative chief of the Brahma Kumaris, 101-year-old Dadi Janki, and Dadi Hridaya Mohini, the additional chief, will grace the occasion with their presence and blessings.

Brahma Kumaris, headquartered in Mount Abu, is a spiritual movement dedicated to personal transformation and renewal and was founded in 1937. It runs more than 8,500 meditation centres worldwide.