CM Yogi Adityanath's goal is ensuring safety of women across UP: BJP

UP CM said the anti-Romeo squads must not trouble youngsters unnecessarily, adding that stern actions would be taken against eve-teasers. 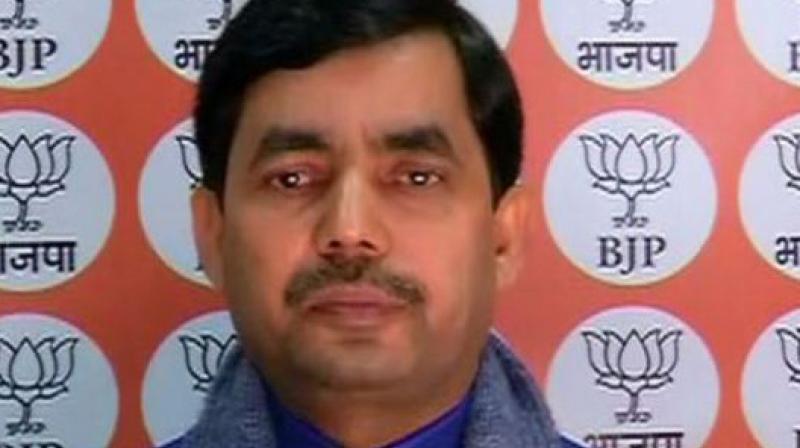 New Delhi: Backing Uttar Pradesh newly-elected Chief Minister Yogi Adityanath, the Bharatiya Janata Party (BJP) on Sunday said that the under former's rule any crime will not be tolerated and women's safety is the priority.

"Yogi Adityanath's agenda is to ensure security and safety to women in Uttar Pradesh and incidents like eve-teasing, molestation, rape etc will not take place," BJP spokesperson Shahnawaz Hussain said.

He added that couples or innocents would not be troubled by the anti-Romeo squads.

"We do not want to breach in colleges and trouble couples in public places but under Adityanath's rule no woman will suffer molestation," he asserted.

Hussain further said that illegal slaughterhouses will be shut down soon, asserting that most of such establishments have already been closed.

Earlier on Saturday, Uttar Pradesh Chief Minister said the anti-Romeo squads must not trouble youngsters unnecessarily, adding that stern actions would be taken against the eve-teasers.

"We have formed anti-Romeo squads and now eve-teasers will be dealt with. But girls and boys on moving around or sitting at any place should not be troubled if it is with their consent," Adityanath said in his address at the Maharana Pratap Inter College in Gorakhpur.

He further said that his government has asked the administration to act strictly on such matters.

Following Adityanath's orders for the safety of girls in the state, Director General of Police (DGP) Javeed Ahmed on Wednesday launched 'anti-Romeo' squads to check on eve-teasing in public areas.

Adityanath had directed the state police to adopt a zero tolerance towards crime and take immediate steps towards improving law and order in the state.

Dissociating the term 'anti-Romeo squad' from the Indian culture, Congress leader Salman Khurshid on Saturday said that some other name such as 'Heer-Ranjha' or 'Laila-Majnu' could instead have been taken, adding that it was the BJP anti-cultural approach which led to this.

Slamming the government over its recent move, Khurshid said it could not direct somebody on how to lead his life.