Amit Shah gears up for Delhi battle, tears into AAP

The BJP needs to win Delhi civic polls not just to score a hat-trick, but to deliver a body blow to AAP. 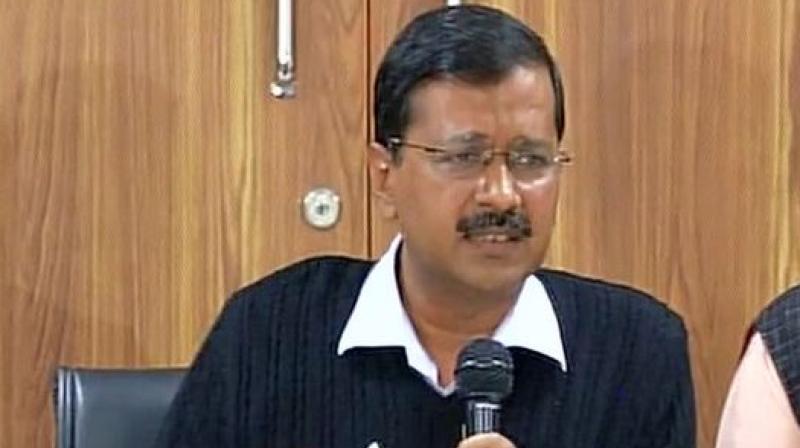 New Delhi: With Uttar Pradesh in its pocket and after their stupendous success in Maharashtra and Odisha civic polls, the BJP has now shifted its focus on the next major electoral clash due later this month — municipal polls in Delhi.

With the Congress not in the reckoning, the fight for the 272 Municipal Corporation of Delhi seats is between the BJP and the AAP. Addressing a mammoth rally at Ramlila Grounds on Saturday, BJP chief Amit Shah, his eyes firmly on the MCD polls slated for April 23, told party workers, “This is not just an MCD election… but an opportunity to uproot the AAP government in next polls.”

AAP supremo and Delhi chief minister Arvind Kejirwal, aware that a defeat in Delhi’s civic polls would sound the death knell for his party, promised to abolish house tax on residential properties if voted power in the MCD polls.

The BJP needs to win Delhi civic polls not just to score a hat-trick, but to deliver a body blow to AAP. For AAP, which is still reeling from the crushing blows it suffered in Punjab and Goa, a defeat is bound to lead to an existential crisis.

While Mr Kejriwal spoke of his government’s achievements in providing water and bringing down electricity tariff at a press conference, Mr Shah spoke of the BJP’s victories in the recently concluded Assembly polls.

The BJP chief, who intends to paint the entire nation saffron, said Delhi remains a “white spot.” Exhorting BJP workers to work hard as a victory in the civic polls would put the party on the path to capturing Delhi, he thundered, “BJP has won everywhere except Delhi and Bihar. Our workers should now resolve to unfurl the victory flag in Delhi.”

Blazing guns and amidst chants of “Modi, Modi”, Mr Shah accused the AAP leaders of indulging in “corruption.”

“The AAP has indulged in corruption like no other party. Kejriwal’s principal secretary was arrested by the CBI. There was corruption in procuring onions, water tankers and street lights, and in appointments at the DCW,” Mr Shah said and also brought up an AAP minister’s alleged involvement in hawala transactions.

In a reference to AAP trying to make inroads into Gujarat, the BJP chief mocked the party. “First they went to Varanasi to take on the Prime Minister, then to Punjab and Goa. This party will set a record of defeats,” the BJP president said.