While Mulayam chose not to attend, Shivpal was not even invited. 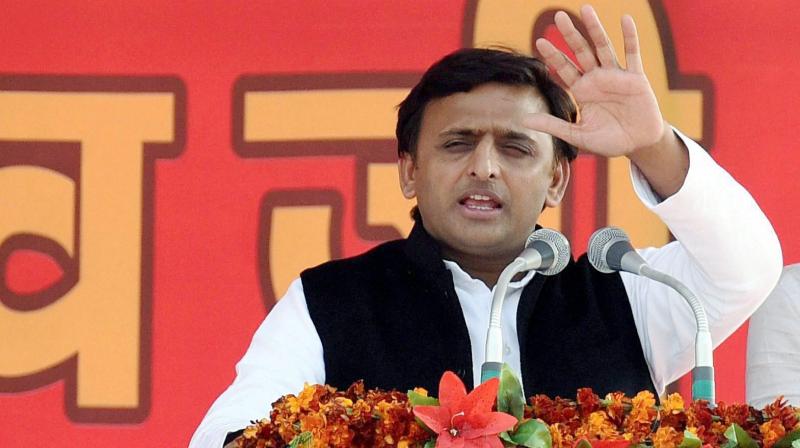 Lucknow: The national executive of the Samajwadi Party was held here on Saturday to take stock of the party’s stunning defeat in the state elections.

The executive meet was presided over by SP president Akhilesh Yadav, but party founder Mulayam Singh Yadav and his younger brother Shivpal Yadav chose to stay away from the meeting.

Sources said that Mulayam Singh Yadav was invited, but he did not attend while Shivpal Yadav was not even invited.

SP president Akhilesh Yadav later told reporters that elections would be held for various party posts soon, and that the election of the national president would be completed by September 30. He said that the party would start a fresh membership drive from April 15. The meeting also decided to spruce up its organisational structure.

The Samajwadi Party had 229 members in the 16th Assembly, but after the recent elections, the party’s strength has been reduced to 47.

Meanwhile, replying to a question, Mr Akhilesh Yadav said that the Adityanath Yogi government had not done any work till now except targeting the youth through its “anti-Romeo” squads and taking action against officers and employees belonging to one particular caste.

“And yes, they are also making officers sweep the floors. I did not know that bureaucrats and government employees can do this work so well,” he said.

He said that he was not upset over leaving the official chief minister’s residence at 5, Kalidas Marg, but was concerned about the well-being of three peacocks that had started living there during his tenure. He said that the lions in Etawah Safari were also hungry because there was no meat for them.

“I have heard that the residence has been purified and cows are being brought in. I hope they take care of the peacocks too,” he said.

Replying to another question, he said that if some parties were raising questions over the tampering of EVMs, there was no harm in ordering a probe into this.

The former chief minister said that he would analyse the Assembly results in every Assembly segment and would meet the media only once a month.