No blockade in Manipur if BJP wins poll, says Modi

The PM accused the Congress of playing “blockade politics” before every election. 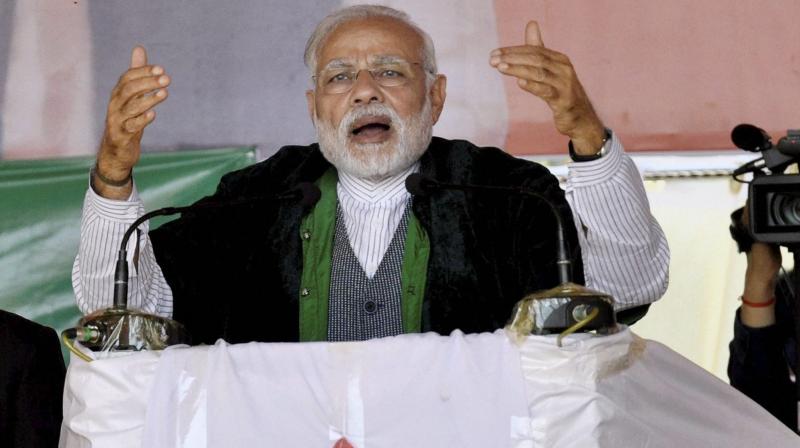 Guwahati: Prime Minister Narendra Modi on Saturday accused the ruling Congress of conspiring with those responsible for Manipur’s three-month-long economic blockade, and promised that the state would not suffer from such disruptions if the BJP was voted to power.

The blockade of Manipur’s two key highways imposed by the United Naga Council (UNC) on November 1 to protest creation of new districts has cut off supplies, causing a crippling price rise.

Addressing an election rally amid a boycott call by insurgent groups in Imphal, Mr Modi said, “Let the BJP form the government, there will be no blockade in Manipur. I promise I will not let any blockade stop the celebration.” Manipur votes in two phases on March 4 and March 8. Results will be announced on March 11.

“Why shouldn’t there be a police case against rioters? I urge the state government to remove the blockade today, and we will extend all necessary help in removing it,” the PM said.

The PM accused the Congress of playing “blockade politics” before every election. He said that the state government was not fulfilling its constitutional responsibility of ensuing supply of essentials to its people.  “You (Congress) had your way in Manipur because your government was in Delhi. Now you will have to give account of everything because there’s Modi sitting in Delhi.”

The PM said the BJP, if voted to power, would do much more for Manipur in 15 months than the Congress has done during its 15-year rule.