Uttarakhand is still in a flux following last year’s turmoil in the Harish Rawat-led Congress government. 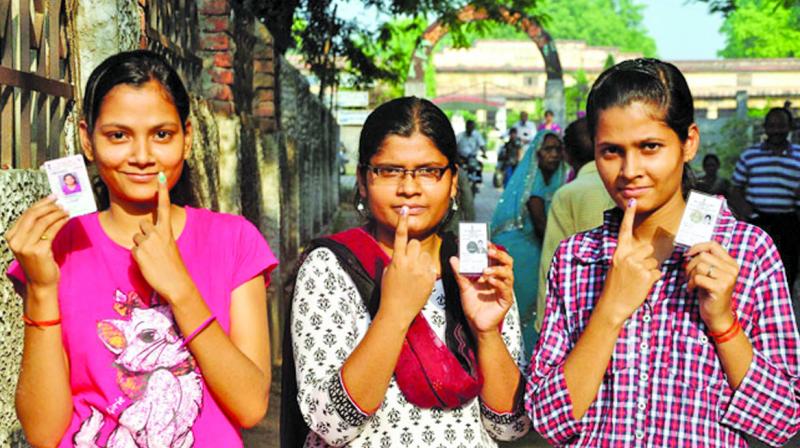 The winning margin in the hill state is razor thin for all the parties. It is here that the BSP could play a spoiler for the two main parties — Congress and BJP. Ashhar Khan takes a look at what is going on.

With polling two weeks away, Uttarakhand is still in a flux following last year’s turmoil in the Harish Rawat-led Congress government.

The Congress seems to have lost the advantage it had six months ago. Desertions by long-time party leaders have hinted at dissatisfaction against Mr Rawat’s actions.

“We made a cardinal mistake. We should have dissolved the Assembly after winning the trust vote and gone in for snap polls,” said a Congress leader in Uttarakhand who did not want to be named.

The leader said that when the Centre imposed President’s rule, Mr Rawat got the public’s sympathy as he had projected himself as a victim of the Bharatiya Janata Party-led central government’s high-handedness, especially after his stand was vindicated by the Supreme Court.

But that support has fizzled out. Had the decision to dissolve the Assembly taken immediately in wake of the Supreme Court order following a trust vote, it would have helped the party cash in on the public sympathy following dismissal of the Mr Rawat government. The move could have helped Mr Rawat make history by retaining power in the hill state.

The Congress is struggling to find leaders who can hold fort on their own. At the moment the situation is that it is the party and the state leadership who are propping up the candidates.

The state comprises three regions — Kumaon, Garhwal and Terai (plains). While Mr Rawat belongs to Kumaon, the Congress has no tall leader in Garhwal and Terai. Though Uttarakhand Congress chief Kishore Upadhyay is from Garhwal, he is locked in a turf war with Mr Rawat. The chief minister had scuttled Mr Upadhyay’s bid for a Rajya Sabha nomination in July 2016, which went to a dalit leader from Kumaon who enjoyed close ties with Mr Rawat.

Having sensed that the state Congress may require some external help, the high command at the last minute sent its strategist, Prashant Kishor, to take charge of the party’s campaign in the state.

Before the trust vote last year, a video of Mr Rawat emerged where he was allegedly shown agreeing to offer money for exchanging hands ahead of the vote. The matter was referred to the Central Bureau of Investigation, and eventually landed in the Uttarakhand high court, where it is pending.

The BJP is busy making the most of the situation. It has recruited 11 Congress rebels and given them tickets. At least 14 Congress leaders have joined the BJP, out of which 11 were MLAs. The BJP has announced its full list of 70 candidates. There are 11 rebel Congress MLAs who have been accommodated. Critics say the BJP has now emerged as a top-heavy party in Uttarakhand.

Though there is resentment in the middle and lower cadre, this has not resulted in them leaving the party. The other challenge that BJP faces is the lack of chief ministerial candidate. It has four former chief ministers in its ranks.

The Bahujan Samaj Party (BSP) is also active in Terai region which comprises 35 per cent of the minority vote. While the dalit vote is almost 19 per cent, their population range covers five districts and 23 Assembly segments. This is the favourite hunting ground for the BSP.

In the last elections the BSP got three seats. Since the winning margin in the state is razor thin for all the parties, the BSP could play a spoiler for the two main parties — Congress and BJP.