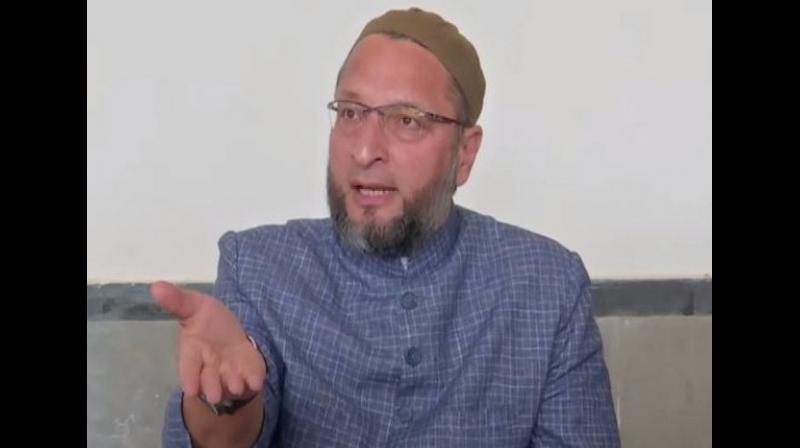 All India Majlis-e-Ittehadul Muslimeen (AIMIM) chief Asaduddin Owaisi on Thursday urged BJP to stop with "polarisation" politics and asserted that the election results of Maharashtra and Haryana were not what the national party had expected. (Photo: File)

Hyderabad: All India Majlis-e-Ittehadul Muslimeen (AIMIM) chief Asaduddin Owaisi on Thursday urged BJP to stop with "polarisation" politics and asserted that the election results of Maharashtra and Haryana were not what the national party had expected.

"BJP was claiming they will get a clean sweep in Maharashtra, they did not get expected results. And I would say BJP lost in Haryana. BJP has to stop with the politics of polarisation and they should rather focus on the economy and rural distress," Owaisi said at a press conference here.

Terming the election results a "wake-up call" for BJP, the leader added that the results had shown that the times are changing and the Prime Minister's rally will not ensure their win in the future.

"It is a wake-up call for BJP, you cannot win on Prime Minister Modi's popularity every time. Despite the fact that Prime Minister conducted 12-15 rallies in Haryana, they did not get the expected results. So things are changing," Owaisi said.

Owaisi, however, launched a jibe at the central leadership of the Congress too for not doing enough to ensure their win in Maharashtra and said, "I feel Congress party did not work hard in Maharashtra, in Haryana too, it is the achievement of regional leaders, this is my assessment so far."

While the BJP-Shiv Sena alliance has secured its win with the alliance winning 157 seats while BJP is still leading on four others in Maharashtra, the results of the Haryana elections have pointed towards a hung assembly with the BJP winning 40 while the Congress clinched 31 seats out of the total 90 assembly constituencies in the state.