China's Ambassador to India, Sun Weidong, has also written to Palaniswami thanking him for the arrangements. 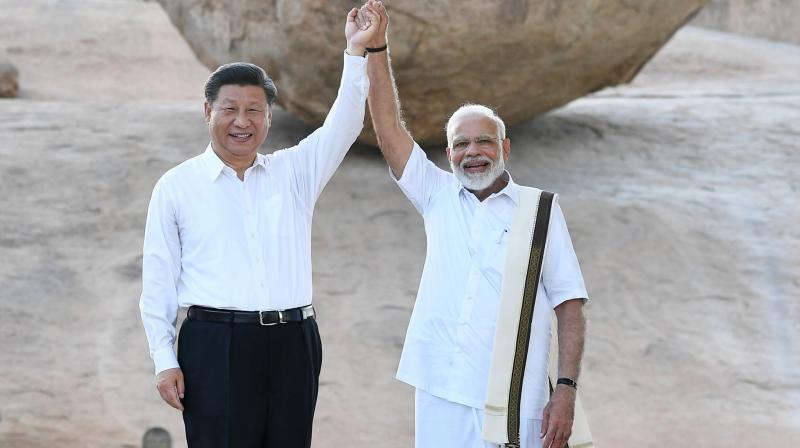 The Chinese leader had arrived here for his second informal meet with Modi on October 11 and 12. (Photo: File)

China's Ambassador to India, Sun Weidong, has also written to Palaniswami thanking him for the arrangements during President Xi Jinping's India visit, an official release here on Friday said.

The Chinese leader had arrived here for his second informal meet with Modi on October 11 and 12, where they discussed a wide range of bilateral issues at the nearby coastal town of Mamallapuram, 50 km from here.

Modi has written a letter to the chief minister, lauding the "excellent arrangements" done for the informal summit, the release said.

"In the letter, the Prime Minister said the reception accorded to the Chinese President and the hospitality were reflective of our culture and ethos," it said.

Further, the release quoted Modi as saying the summit was a "memorable" one for himself and Jinping.

Besides lauding the government and Palaniswami, Modi has also appreciated the people of Tamil Nadu and cultural, social and political organisations for the "excellent arrangements" done for the two leaders' summit, it said.

Similarly, the Chinese envoy has also written to the chief minister, appreciating the state government.

The Ambassador "wholeheartedly thanked" Palaniswami and the state government for the "excellent reception" accorded to the Chinese President and those accompanying him and the hospitality, besides the cultural programmes organised throughout, the release said.

In his letter, he also batted for more exchanges between the people of India and China, including cultural, it added.