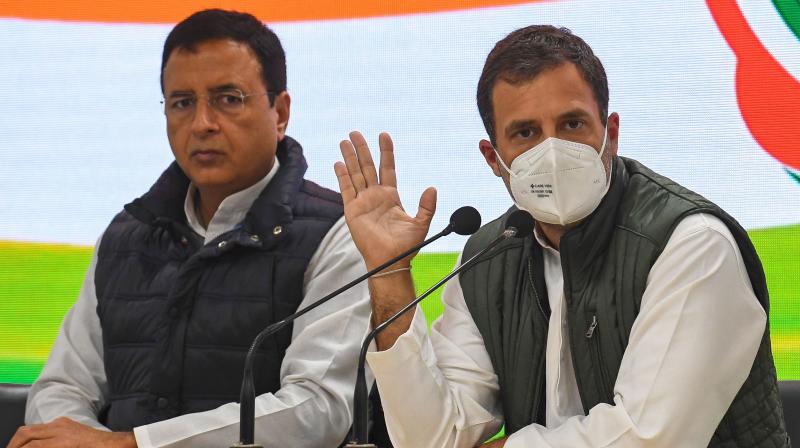 Alleging that the NMP will create monopolies, Mr Gandhi said, “We are not against privatisation. Our (UPA government’s) privatization had a logic and there was no privatisation of strategic industry such as the railways. All this privatisation is for creating monopolies. You know who owns ports and (is) getting airports.” He also claimed that monopolies will lead to severe job losses.
“I had warned about Covid and you all made fun of me. When this starts your chances of getting employment will be less. The assets of India are being sold and it is an attack on your future,” he added.

Mr Gandhi compared the move with the British East India Company creating a monopoly. He said, “Modi Ji believes large monopolies can save this country. You will see a dramatic increase in anger and violence. He is an instrument for doing some particular job for these people.”

He also quoted the BJP’s constant criticism that successive Congress governments had produced no development in the country for decades since Independence and said, “The BJP’s slogan was that there had been no development in 70 years. Yesterday the finance minister announced a decision to monetise all the assets built in the past 70 years.” The Congress leader also urged the Congress to come out with a comprehensive report as to what impact the NMP will have including that on current reservation schemes.

Former finance minister P. Chidambaram charged the government with not thinking about the project and said that there are no criteria and goals for the monetisation scheme.

“We are going to raise Rs.1.54 lakh crore every year — can this be a sole goal to sell assets? You don’t embark upon the exercise without consulting stakeholders. This is all hatched in secrecy in this wonderful organization called Niti Aayog,” said Mr Chidambaram. He further added that the National infrastructure pipeline is a project of Rs.100 lakh crore. “How can you match Rs.100 lakh crore with Rs.6 lakh crore in five years?