His comments came a day after a delegation of opposition leaders including Rahul Gandhi was stopped at Srinagar airport. 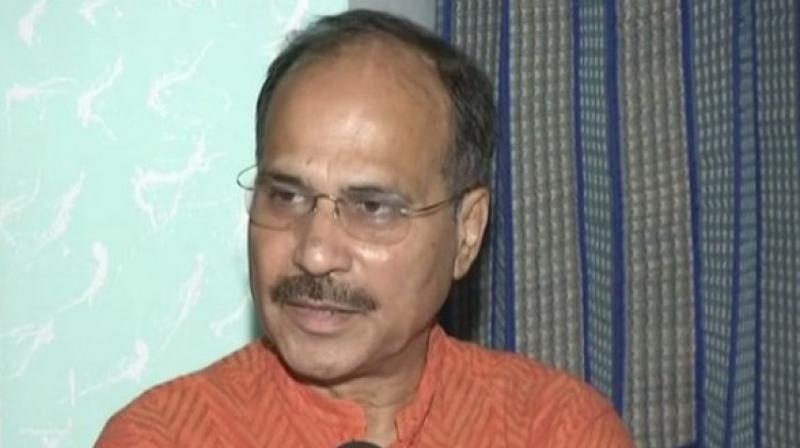 New Delhi: Congress leader in the Lok Sabha Adhir Ranjan Chowdhury on Saturday said that Jammu and Kashmir Governor Satya Pal Malik's statements are like those given by the BJP leaders and he should be made the leader of BJP in J&K.

"Jammu and Kashmir Governor should be made the president of the state BJP unit. His comments and statements are like those of BJP leaders. The way he talks doesn't uphold the integrity of the constitutional office of Governor," said Chowdhury.

His comments came a day after a delegation of opposition leaders including Rahul Gandhi was stopped at Srinagar airport by the authorities and were sent back to Delhi.

Opposition leaders, who had flown to take stock of the ground situation in Jammu and Kashmir on Saturday, alleged that they were detained at the airport in Srinagar in an 'unconstitutional' and 'undemocratic' manner.

Talking to media persons here after they were sent back by the administration of Jammu and Kashmir, CPM general secretary Sitaram Yechury had said they have written to District Magistrate of Budgam stating that their detention at Srinagar airport was 'undemocratic and unconstitutional.'

A delegation of opposition leaders including Congress leader Rahul Gandhi was on Saturday not allowed to go out of Srinagar airport and was sent back to Delhi. The delegation comprising leaders of opposition parties like Congress, CPI, DMK, RJD, TMC, NCP, and JDS had gone to assess the ground realities days after the Centre abrogated Article 370.

Before leaving from Delhi airport, the leaders had insisted that they were only going to assess the ground realities and not for creating any disturbance.