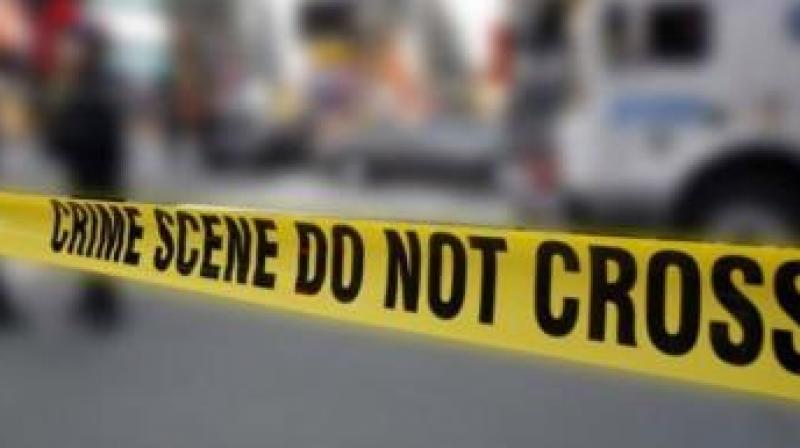 After targeting the duo, the assailants fled while “taking advantage of the crowd in the area”, the police said.

Srinagar: A jawan of Central Reserve Police Force (CRPF) was killed and another injured in a sneak attack in Srinagar’s busy Batamaloo area on Tuesday afternoon.

After targeting the duo, the assailants fled while “taking advantage of the crowd in the area”, the police said.

The slain jawan has been identified as Constable Shankar Lal of the 23rd Battalion of the CRPF. “He was critically injured in the terror attack and succumbed soon thereafter,” a police spokesman said here. The condition of the other injured jawan is stable. “In fact, he has been discharged from the hospital,” said the spokesman.

The police sources said that the duo was among the CRPF personnel out on routine law and order duty in the area when militants struck using silencer-fitted pistols to target them. The sources also said that some “tangible leads” have been obtained during the initial investigation into the incident and that the police is working on these to identity the assailants. “The police has registered a case and investigation in the instant matter has been initiated. Initial investigation into the case has led to some tangible leads on which police is working,” the J&K police said in a statement here.

Hizb-ul-Mujahedin, the formidable indigenous militant outfit, has owned responsibility for carrying out the attack. The Hizb’s ‘operational’ spokesman Burhanuddin told a local news agency KNS over the phone that its cadres “carried out a successful attack against the occupation forces in Srinagar today.”

Inspector General of the CRPF Ravideep Sahi told reporters at the scene of the attack that militants fired upon its men and then ran away from the spot. “It was a hit and run case in which one of our jawans was killed and another injured,” he said.

The officer added that a manhunt has been launched for the assailants. At the time of filing this report, searches were being conducted by the CRPF and the J&K police in a neighbouring locality. The police sources said that with the killing of CRPF jawan, the death toll among the security forces personnel in militant attacks in the Valley since January this year has gone to 46 including 24 from the J&K police. On June 15, one J&K policeman was killed and another wounded in a similar attack. at Karan Nagar, about one kilometre from Batamallo where the CRPF men were targeted on Tuesday. End it