Odisha slips from Congress hand as Rahul silent on rift 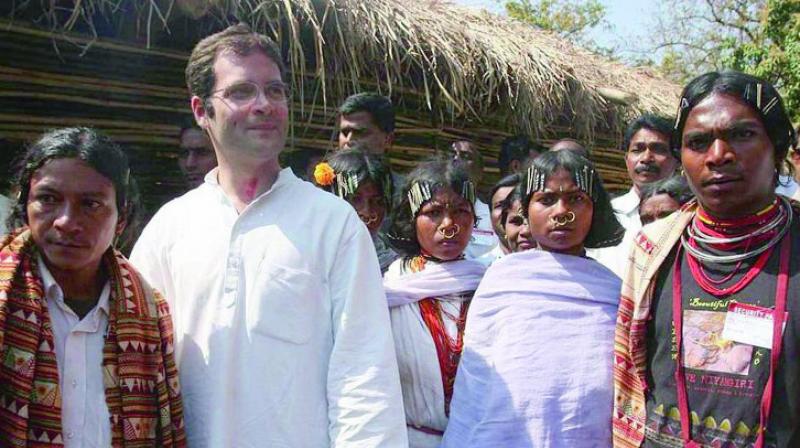 Bhubaneswar: As Congress vice-president Rahul Gandhi, who calls himself ‘Sipahi’ or solider of the Odia people, in Delhi chooses to turn a blind eye to the growing dissent in the party’s Odisha unit, scores of party leaders are leaving the state unit and joining the BJP or the BJD to secure their political future.

The Congress is facing a threat in the coming days from all of its 19 MLAs who say they will take a “decisive decision” unless Mr Gandhi replaces the incumbent Pradesh Congress Committee chief Prasad Harichandan by a “suitable” and “capable face”.

Sources in the party said if Mr Gandhi did not effect the change of guard in the PCC, most of the Congress MLAs would quit the party and form a new regional party to fight with the Naveen Patnaik-led BJD and give competition to the BJP.

In the last fortnight, as many as six senior leaders, including three of the 30 district presidents, have switched over to the BJP and the BJD.

The exodus of Congress leaders is expected to gather further momentum as Mr Gandhi, despite the party MLAs repeatedly briefing him about the sorry state of affairs in the state unit, does little to address the situation.

Frustrated with Mr Gandhi’s lackadaisical attitude, the MLAs have chosen to keep themselves away from all political activities of the PCC. Not a single MLA is turning up at Congress Bhawan, the party’s state headquarters in Bhubaneswar, during visits by national leaders for party meetings, press conferences or any other event.

When journalists recently drew the attention of former PCC president Niranjan Patnaik to the chaotic situation in the PCC, he replied sarcastically: “The All India Congress Committee leaders have never given Odisha due importance in the past. Nor is it serious at present about addressing the issues plaguing the organisation. Maybe they will give greater attention to the state in the future.”

Apparently to woo the Odisha’s tribals and dalits protesting grant of Niyamgiri bauxite mines to multi-national company Vedanta Limited, Mr Gandhi in August 2010 portrayed himself as the ‘Sipahi of Odias’ in Delhi and assured that their land would not be transferred to any companies for building plants or other industrial purposes.

Ever since, he has not returned much, except on a few occasions on the eve of 2014 general elections, to Odisha even as the party marches towards its virtual grave, making way for the BJP to assert itself as the main contender of the ruling BJD in the state.