"Congress, like the left movement, is over. I see the future of Indian politics as BJP versus federal forces," BJD MP added. 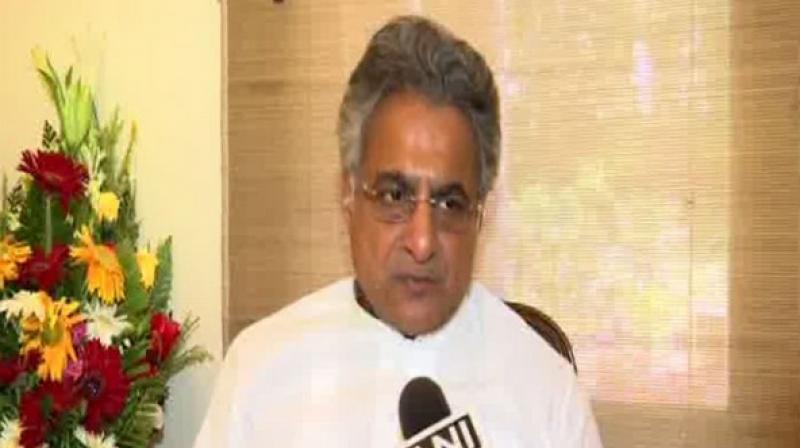 "The Congress will have to reinvent itself, otherwise. Congress, like the left movement, is over. I see the future of Indian politics as BJP versus federal forces. I think Rahul Gandhi led an absolutely negative campaign. The people simply were not convinced with the Congress narrative this time," Misra told ANI here.

He thanked the people of his constituency for making him win against BJP's Sambit Patra and added that the fight came really close because Congress couldn't put up a fight this time.

"I am grateful to the entire Puri constituency for showering their affection on me. It became a bi-polar fight this time because Congress just collapsed this time, they managed just around 44,000 votes, making it a close-contest between us and the BJP," Misra said.

He added that as a "token of thanks" he would donate his entire salary and allowances to the Chief Minister Relief Fund and also requested the central government to help Odisha in rebuilding the state.

"As a token of my thanks to the people, I have decided to give up my entire salary and allowances from parliament to the Chief Ministers Relief fund to be used for the relief work in the state."

"Odisha has been devastated to a point where we have virtually gone back about 20 years, a lot of rebuilding work needs to be done. It is very important that the center and the state work together in close partnership. We hope that center will set aside its acrimony during the elections," Misra said.

The tropical cyclonic storm 'Fani' made landfall in Odisha's Coast at Puri on May 3, leaving a trail of devastation and havoc in the state. Over one crore sixty-five lakh people of the state have been adversely affected due to the cyclone.

The death toll in the state due to cyclone Fani touched 64 with Puri recording the maximum number of casualties at 39, according to official estimates released by the state government on May 11.