BJP wants trial of strength in poll for Speaker

The Congress-JD(S) coalition has plumped for Congress’ Ramesh Kumar as its candidate for the Speaker’s post. 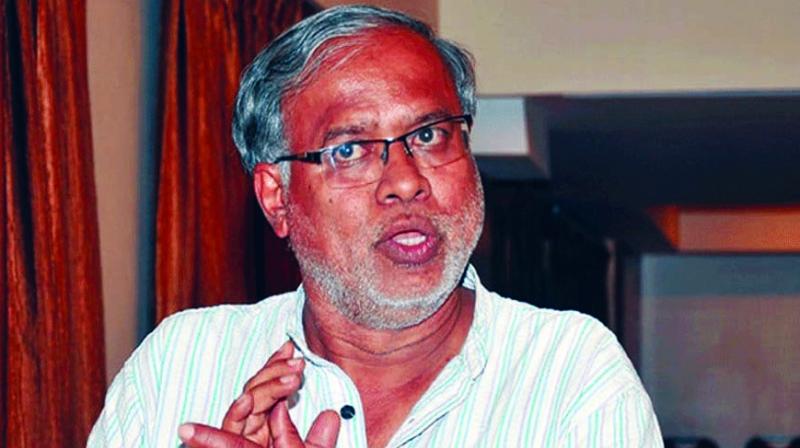 Bengaluru: The Opposition BJP has fielded senior leader S. Suresh Kumar as its candidate in the election for the post of Karnataka Assembly Speaker to be held on Friday, apparently to force a trial of strength before the H.D. Kumaraswamy government seeks a vote of confidence.

Suresh Kumar, a fifth term MLA from the city, filed his nomination papers before Assembly secretary S. Murthy at Vidhana Soudha, the seat of the state legislature.

The Congress-JD(S) coalition, which claims to enjoy the support of 117 MLAs, has plumped for Congress’ Ramesh Kumar, a former Speaker, as its candidate for the post. Ramesh Kumar also filed his nomination papers.

Suresh Kumar told reporters that he has filed his nomination on the directions from BJP’s state unit chief B.S. Yeddyurappa and other leaders.

“Based on the strength of numbers and various other factors, our party leaders have confidence that I will win. With that confidence I have filed my nomination,” he said.

Asked about his chances of winning since the BJP has only 104 MLAs on its side, Mr Suresh Kumar said, “I have filed my nomination. There is election tomorrow at 12.15 pm. After the election you will get to know (the outcome).”

Suresh Kumar was accompanied by two BJP MLAs C.N. Ashwathnar-ayan and Sunil Kumar while filing the nomination. In contrast, Ramesh Kumar was accompanied by Karnataka state Congress president and Deputy Chief Minister G. Parameshwara, former chief minister Siddaramaiah and a host of Congress MLAs and leaders, while filing the nomination.

The Congress and the JD(S) had unanimously chosen Ramesh Kumar as their candidate for the Speaker’s post, Mr Siddaramaiah told reporters.

“I got to know that the BJP has also filed nomination... I hope they will withdraw. If election happens Ramesh Kumar’s victory is certain,” he said.

Pointing out that Ramesh Kumar has experience as Speaker (from 1994 to 1999), Mr Siddaramaiah said, he is known as a good presiding officer and has earlier conducted House proceedings in a smooth manner.

After the election of the Speaker, the crucial floor test will take place, when Chief Minister Mr Kumaraswmay will seek vote of confidence.

Mr Kumaraswamy and his deputy Mr Parameshwara were sworn-in on Wednesday at a ceremony that turned into a grand spectacle of unity by leaders of regional parties of various hues, signalling emergence of an anti-BJP bloc for the 2019 Lok Sabha polls.

The three-day-old Yeddyurappa-led BJP government in Karnataka had collapsed on May 19, with the chief minister announcing his decision to resign without facing a trust vote.

Governor Vajubhai Vala had then invited Mr Kumaraswamy to form the government and prove his majority within 15 days.