Rohit’s mother Ujjwala has alleged that Apoorva and her family were money-minded and wanted to acquire the family property. 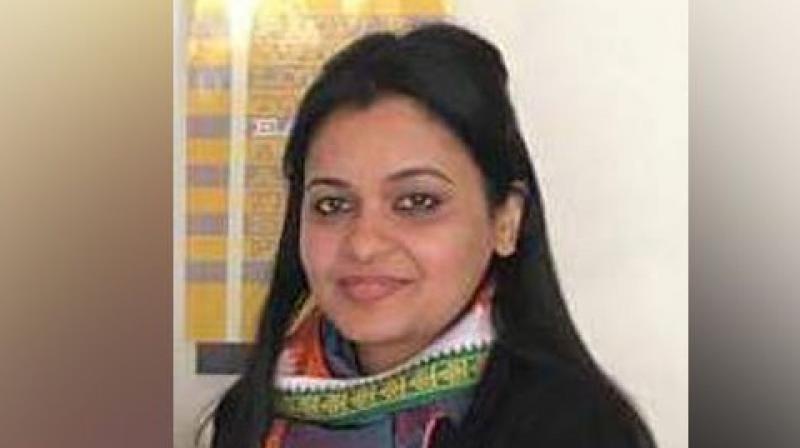 New Delhi: A week after Rohit Shekhar Tiwari, the son of Congress starwalt N.D. Tiwari, was strangulated and smoothered to death, his wife Apoorva Shukla Tiwari was arrested by the Delhi police on Wednesday. Citing a “turbulent and unhappy” marriage as the motive behind the murder, the police said that Apoorva strangled her husband and choked him with a pillow after a huge fight.

However, the police added that the killing was not planned.

Apoorva was produced in Delhi’s Saket court on Monday where she was sent to two-day police custody.

Rohit Shekhar was smothered to death on the intervening night of April 15 and 16, an autopsy report said. Apoorva, a lawyer, was questioned for three days as the police investigated the mysterious death of 40-year-old Rohit Shekhar on April 16. He was earlier believed to have died of a cardiac arrest.

The autopsy was conducted by a medical board comprising five senior doctors of the All India Institute of Medical Sciences (AIIMS) who said that the cause of death in this case is asphyxia as a result of strangulation and smothering and also stated that the death occurred within two hours of his last meal around 11 pm.

“Rohit had gone to Kath-godam in Uttarakhand to vote on April 10 and returned on the night of April 15. He was in an inebriated state when he returned home. During investigation it was also revealed that on his way back to Delhi he had been drinking all the way along with a woman relative,” said Rajeev Ranjan, additional commissioner of police, crime branch.

“On the night of the incident, the couple had a fight over a relative. Rohit was inebriated and was not in a condition to resist. During the fight she pounced on him and smothered him,” said ACP.

“She has confessed. As of now, from the fact and circumstances, it seems the killing was not planned. The background was there that they had a turbulent marriage and Rohit Shekhar and his family were thinking of separation. After interrogation, it was found that Apoorva and Rohit had a turbulent marriage. All her hopes with the marriage were belied,” said the ACP adding that discrepancies were found in her statements which led police to suspect her involvement.

Rohit’s mother Ujjwala on Sunday had alleged that Apoorva and her family were money-minded and wanted to acquire the family property.