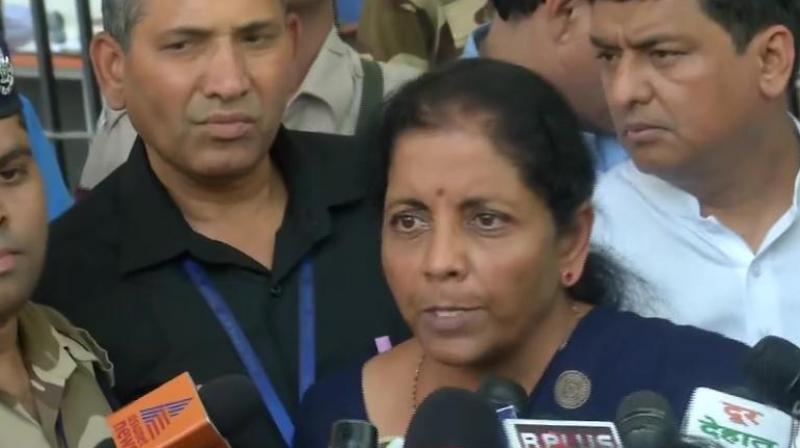 Defence Minister Nirmala Sitharaman on Thursday said that the operation of the Armed Forces (Special Powers) Act (AFSPA) can be withdrawn only when there is a change in the ground situation in areas where the law is in force. (Photo: File)

Mumbai: Defence Minister Nirmala Sitharaman on Thursday said that the operation of the Armed Forces (Special Powers) Act (AFSPA) can be withdrawn only when there is a change in the ground situation in areas where the law is in force.

"The Army cannot work without AFSPA in the areas like Jammu and Kashmir. You need to change the ground situation to remove AFSPA. Many programmes need to be done for that change," she said, addressing a press conference here.

"We have done (removed) it in Arunachal (Pradesh) and some parts of Assam and Meghalaya. The central and state governments have to work towards changing the situation. After this, AFSPA can be removed. Without changing the ground situation, it is not right to remove it," Sitharaman said.

Congress has promised in its election manifesto that it will not allow any change in Article 370 of the Constitution, which gives special status to J and K, and will review AFSPA if voted to power. AFSPA provides sweeping powers to the security forces.

Replying to questions, Sitharaman refuted the allegation of Opposition parties that BJP was politicising the armed forces.

"After a political will, a free hand is given to the Army to take the right steps. Our Army is capable to take such steps. This is about political will which was not there after the Mumbai attack, and it is there now," she said.

"Congress has some problem with political will. That is why when we talk about it, they say we are politicising it. This is not politicisation. But when we have the leadership which is capable to take strict steps, then talking about it is politicisation," Sitharaman said.

"...The Supreme Court in December spoke about all three issues - price, process and offset (in the Rafale deal). All this clearly shows there is no issue to rake up. But continuously they have been disrespecting institutions like the Supreme Court and the CAG," she said.

"A limited matter was being considered by the Supreme Court where they wanted the papers to be placed on which we took a position that those have been illegally obtained from the ministry. Even after that, the Congress president puts words in the court's mouth to say that it has accepted that 'chowkidar' himself committed theft," the defence minister said.

On April 23, the Supreme Court issued contempt notice to Gandhi for claiming that the court had said ‘chowkidar chor hai’ while hearing the admissibility of some documents in petitions seeking review of the December 14 verdict in the Rafale case.