'BJP is like Sita who smokes cigarette backstage': Upendra Kushwaha

Kushwaha was earlier a minister in the BJP-led NDA government until his party pulled out of the coalition in December 2018. 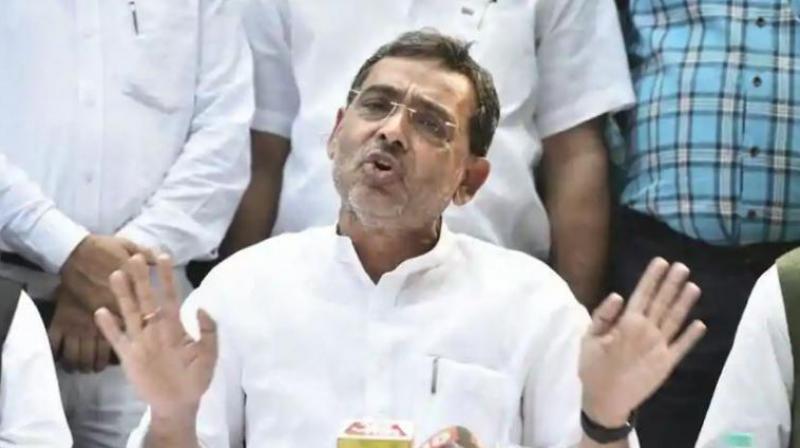 Three phases of ongoing elections are already over in Bihar with four phases remaining on April 29, May 6, 12 and 19. (Photo: File)

Kushwaha was earlier a minister in the BJP-led NDA government until his party pulled out of the coalition in December 2018.

"I have seen BJP from inside as I was in the NDA government earlier. In Ram Leela when the curtain rises a person comes dressed as Sita Mata. People who watch Ram Leela bow their heads out of respect, if you go behind curtain the same Sita Ji can be seen smoking a cigarette. This is the face of BJP; full of evils from inside and it projects goodness from the outside," said Kushwaha.

"Giriraj Singh said that people who don't vote for NDA will be sent to Pakistan. I say that after the formation of the Mahagathbandhan, we will make sure that we will send them to the desert and see how they send us to Pakistan," the RLSP leader warned.

In the campaign for the 2014 general elections in Jharkhand, BJP leader Giriraj Singh had said that people against Modi should be sent to Pakistan as they are pro-Pakistan and not pro-India.

Three phases of ongoing elections are already over in Bihar with four phases remaining on April 29, May 6, 12 and 19. The counting of votes will be done on May 23.