While bidding adieu to the BJP, Mr Sinha said that the party high-command disrespected the senior leaders of the party. 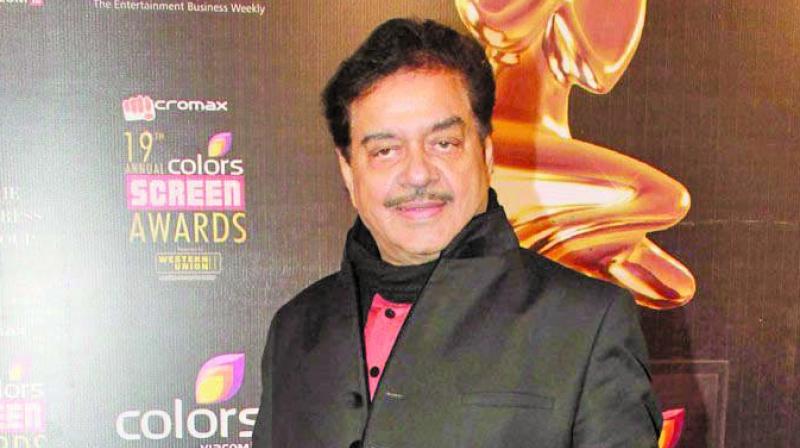 Patna: After the Bharatiya Janata Party (BJP) denied ticket from Patna Sahib, leader  Shatrughan Sinha on Sunday said that the party could take away his seat but not the love of people for him.

Mr Sinha said, “In spite of repeated snubs, the  only reason why I stayed  in the BJP is because of my loyalty. I had vowed I will not move until I was told to. But now it is the  time to make the move.”

Asserting his decision to contest from Patna Sahib, Mr Sinha said, “The BJP is fielding a dear  friend of mine Ravi Shankar Prasad in my place  from my constituency. But I will be contesting elections  from my constituency itself. I thank people of Bihar for the  love and support they offered for  years, as I’ve  always emerged victorious  from  there. But now we will know whom the  public actually voted for, the  party or me.”

Mr Sinha asserted that  by the  grace of God he would win from Patna. “You can take  away my seat, but you can’t take away the  love  of my people  from me. However, I have no ill-will  towards Ravi Shankar Prasad. He  is an old friend of mine and I wish him all  the best. May  the best man win,” he added.

While bidding adieu to the BJP, Mr Sinha said that the party  high-command  disrespected  the senior leaders of the party. “Look at how they behaved with respected Yashwant Sinha; they virtually pushed him out  of the party. L.K. Advani, who was sidelined  for years, has retired from elections at  the same time, when I’ve finally moved  out of the BJP. The party could have shown some grace towards the great leader Mr Advani, by offering a  seat to his daughter Pratibha or son Jayant from  his electoral constituency.”

However, Mr Sinha ref-used to divulge the political party he plans to join. But it is being rumoured that he has been chosen by the Congress. “In a few days you will come to know. I want to thank all the leaders of Opposition, Mamta Bannerjee, Arvind Kejriwal and Laloo Yadav, for standing by me.”