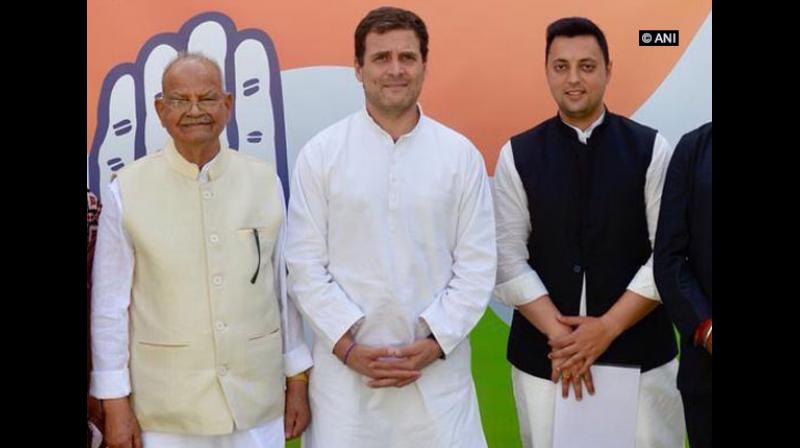 “When I met Rahul ji, he told me that we have family relations. I have spent (my) political life in Congress and today I have come back home,” said Sukh Ram who had left the Congress in 2017 and joined the BJP.

“When I joined BJP, the party got 44 seats out of 68 in the assembly elections (in Himachal Pradesh),” he added.

“Pt. Sukhram Ji and his grandson Ashray Sharma joining Congress again. He is a ‘vikash purush’ in Mandi. We believe Pt. Sukh Ram and Ashray Sharma will strengthen Congress in Himachal Pradesh and across north India,” Surjewala said addressing a press conference here.

Hitting out at BJP for denying Lok Sabha seat to LK Advani from Gandhinagar, he said, “In this country, those in power have driven out their party’s ‘Bhishmapitamah’ Shri L.K. Advani.”

“On the one hand, an arrogant political party exists in the country which disrespects the elderly. On the other hand, Congress is going ahead taking blessings of the elders,” he added.

Currently, sitting MPs in all four parliamentary constituencies of Himachal Pradesh are from the BJP. The state will go to polls on May 19.