The BJP government gave freedom to the armed forces to act and they delivered, she said. 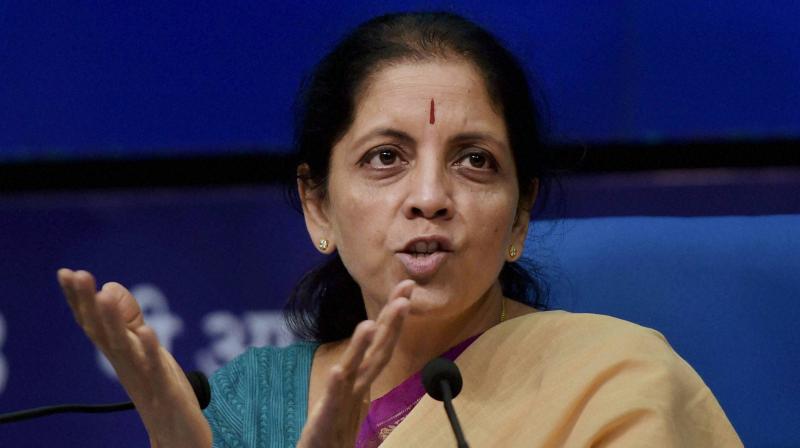 Hyderabad: Defence minister Nirmala Sitharaman on Sunday slammed the Opposition and the Congress in particular for questioning the airstrikes in Pakistan after the Pulwama terror attack and accused them of politicising it.

The BJP government gave freedom to the armed forces to act and they delivered, she said.

Ms Sitharaman also accused the previous Congress-led UPA government of not taking a similar deterrent action following the November 26, 2008 terror attacks in Mumbai and claimed that the Army was willing to respond if the then government wanted them to do something.

“If only a similar deterrent action had been taken after the Mumbai attack and I have enough reasons to believe the armed forces did tell the government at that time, if you want usto do something we are ready, but we want you to take the call...,” she said.

Her statement comes two days after Sam Pitroda, chief of Indian Overseas Congress, asked the government to come out with “more facts” on the Balakot airstrikes.

Prime Minister Modi, using the hashtag “Janta Maaf Nahi Karegi” (people will not forgive) in a tweet, had attacked Pitroda for reportedly saying he wanted to “know more” about the Balakot air attack, including number of terrorists killed.

Referring to the Balakot airstrikes,she said the Prime Minister had clearly said it was now up to the armed forces to take the call on how to proceed and that freedom was given to them.

“When action was taken by us...What is being asked how many people did you actually kill...What is the proof. It is absolute shocking conduct. The morale of the armed forces is being hit at. So, when the Opposition is questioning you are questioning them (armed forces) and then you keep telling us that don't politicise Balakot. You are the one who is politicising it..,” Sitharaman said.