Mr Sibal also accused the BJP of trying to gain political mileage from the Balakot strikes. 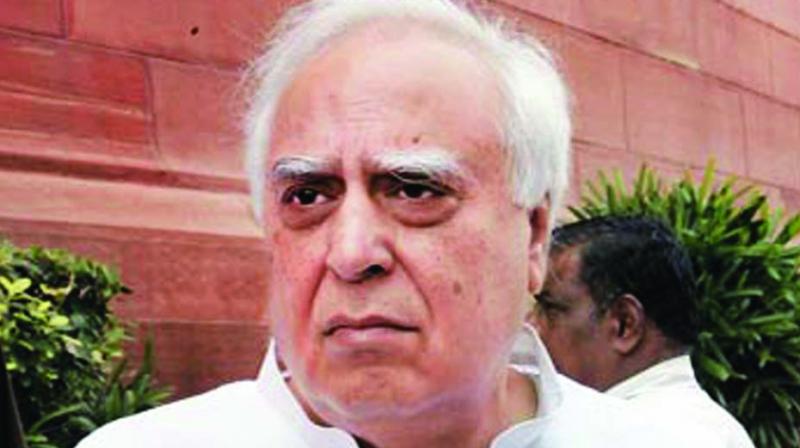 New Delhi: Prime Minister Narendra Modi has forgotten about his bonhomie with “chaiwalas”, is now remembering “chowkidars”, and will focus on somebody else the “next time” for political gains, senior Congress leader Kapil Sibal has said, taking a swipe at the PM’s ‘main bhi chowkidar’ campaign.

The former Union minister also accused Modi of politicising the Balakot air strikes and asked whether the ‘chowkidar’ (watchman) was sleeping when terror attacks took place in Gurdaspur, Pathankot, Uri, Baramulla,  and Pulwama. On the Prime Minister’s ‘main bhi chowkidar’ campaign to counter the Congress’ ‘chowkidar chor hai’ barb, Sibal said: “First of all he has forgotten about the chaiwalas (tea sellers). He now remembers the chowkidars (watchmen). Next time he will remember somebody else and forget the chowkidars.”

“The sad part of it is that he was sleeping while we were attacked at Gurdaspur, at Pathankot, at Uri, at Baramulla, at Pulwama. What was the chowkidar doing. What happened to the slogan  ‘main bhi chowkidar’ at that point in time,” the 70-year-old Rajya Sabha MP told PTI in interview.

Mr Sibal also accused the BJP of trying to gain political mileage from the Balakot strikes. “They (the BJP) were the first ones to politicise it (air strikes) by making public statements. He (Modi) has posters of the martyrs behind him as he is making his speeches. He is alluding to the air strikes by saying that the mood of the crowd is now different,” Mr Sibal said.

The former Union minister alleged all this shows that the government is least concerned about issues relating to life of the ordinary man such as farm distress, education, health, hunger, loss of credit facilities, and ‘destruction’ of businesses.