For first time, TDP not to contest LS polls in Telangana

The party has decided to withdraw from contest to avoid helping the ruling TRS and BJP. 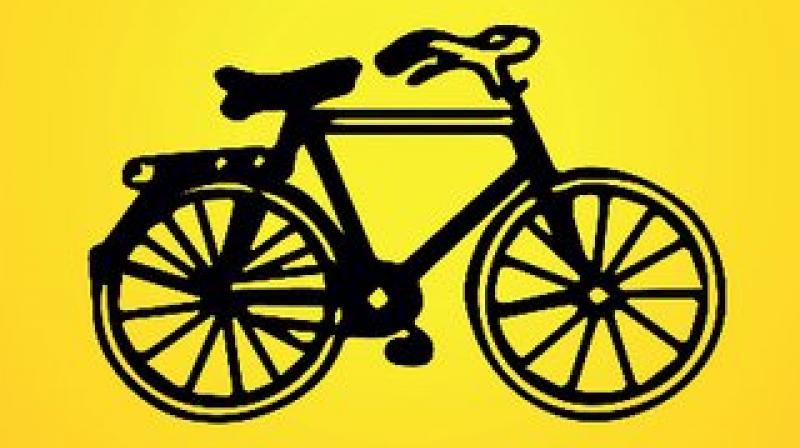 The TRS has always tried to make sure that the TDP does not exist as a party in Telangana, the sources alleged. (Photo: AFP | File)

Hyderabad: The Telugu Desam Party Monday decided not to contest the Lok Sabha elections in Telangana, a first since its formation in 1982.

The party has decided to withdraw from contest to avoid helping the ruling TRS and BJP which are opposed to it, TDP sources said.

The TRS has always tried to make sure that the TDP does not exist as a party in Telangana, the sources alleged.

It may be recalled that a large number of TDP leaders have switched over to the TRS in the last few years which has weakened the party substantially in Telangana.

The latest to join TRS was TDP politburo member Nama Nageswara Rao who would have been the party candidate from Khammam constituency.

Rao who joined the TRS last week is now its nominee from Khammam in the parliamentary polls.

TDP, the ruling party in neighbouring Andhra Pradesh, has been opposing the BJP since its exit from the NDA on the issue of denial of special status to the state.

The TDP sources said the party has in principle agreed to the Congress' request for support in the Lok Sabha elections.

The TDP had contested the Assembly elections in Telangana in December last as part of an alliance with the Congress, CPI and Telangana Jana Samiti (TJS).

TDP and Congress secured two and 19 seats respectively in the 119-member house. The CPI and TJS drew a blank.