Dovood promised to import pure liquor from Puducherry and distribute it among the families. 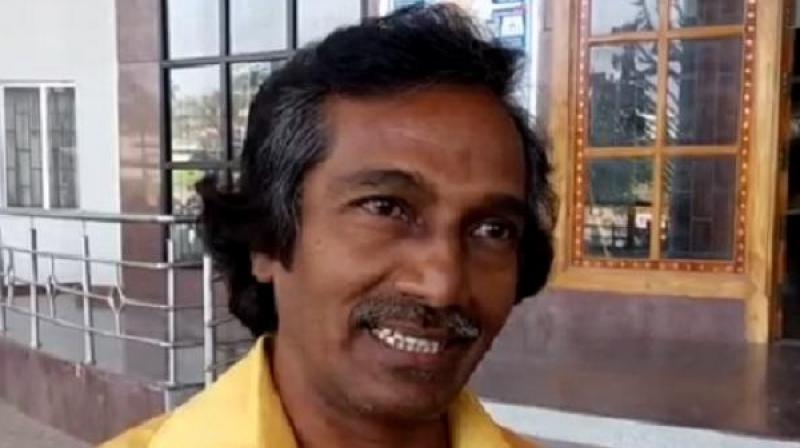 Sheikh has made 15 announcements in his election manifesto. (Photo: screengrab)

Tirupur: In a bizarre pre-poll promise an independent candidate from Tiruppur Lok Sabha constituency has promised to supply 10 litres of pure liquor per month for each family for free.

AM Sheik Davood, who hails from Anthiyur is a tailor by profession. He made the promise while announcing the contents of his manifesto.

“I will supply 10 litres of pure brandy, which people use as medicine, imported from Pondicherry to each person in a family every month,” The News Minute reported.

When asked about the tall promise, Dovood said, “Nowadays everybody drinks. The problem is with the spurious liquor that’s adversely affecting the health of the consumer. If voted to power, I’ll bring pure liquor from Puducherry and distribute it among the families here,” The Times of India reported.

The 55-year-old candidate's pre-poll promises also included provision of Rs 25,000 to every family each month, bringing drinking water to the district by digging a canal from Mettur to Tiruppur, to provide wedding assistance by giving 10 sovereigns of gold and Rs 10 lakh to the newlyweds, to urge government to not implement total prohibition in Tamil Nadu.

Sheikh has made 15 announcements in his election manifesto.

Ruling AIADMK has fielded former minister MSM Anandan for the constituency, while the DMK has allotted the seat for its alliance party, the Communist Party of India.  K Subbarayan has been named for the seat by CPI.