End of the road for BJP-SBSP alliance in UP?

Om Prakash Rajbhar’s charter of demands include and a larger share of seats for the Lok Sabha elections. 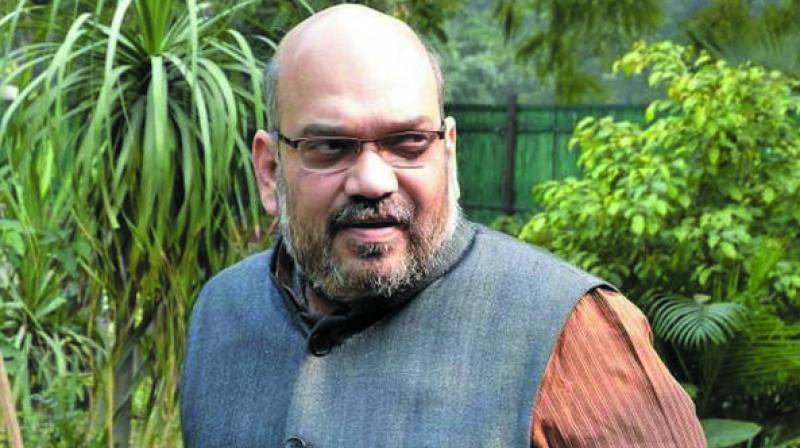 Lucknow: Is it the end of the road for the BJP and its alliance with the Suhel-dev Bhartiya Samaj Party (SBSP) in UP? Yes, if sources are to be believed.

The BJP is said to be upset with the behaviour of SBSP chief and UP minister Om Prakash Ra-jbhar, who had been trying to drive a hard bargain with the BJP on the eve of the Rajya Sabha elections.

“Om Prakash Rajbhar has been making statements against the Yogi government... We always have good relations with our allies but this time, if the SBSP wants, it can walk out of the alliance,” said a senior party functionary.

The BJP, sources said, had decided to promote its own members of the Rajbhar communities and the inclusion of Sakal Deep Rajbhar in the Rajya Sabha list is a step in this direction.

The party is now preparing to encourage leaders in the BJP, belonging to the Rajbhar community, to directly address the Rajbhar community. The SBSP, it may be recalled, is a Rajbhar-centric party and Om Prakash Rajbhar prides himself as the undisputed leader of his community in the state.

From time to time, he has been embarrassing the BJP — first by announcing his decision to contest Gujarat elections on his own, then fielding his candidates in municipal elections, threatening a dharna against an official and, later, alleging that corruption had increased in the Yogi government.

On the eve of the Rajya Sabha polls, he air dashed to Delhi and insisted that his party would support the BJP only if his grievances were addressed. It was only after an assurance from BJP president Amit Shah that Mr Rajbhar agreed to vote for BJP though his two MLAs finally cross voted.

Om Prakash Rajbhar’s charter of demands include and a larger share of seats for the Lok Sabha elections.

The BJP, apparently, is unwilling to accept his demands.

“We have always had good relations with all our allies but SBSP is an exception. We have no problems with the Apna Dal which never resorts to blackmailing tactics but SBSP always has some problem or the other. Now, if the party wants to go its own way, we will not stop them,” the BJP functionary said on Saturday.