A civil defamation suit has also been filed by Jaitley before the Delhi High Court in the matter seeking Rs 10 crore as damages. 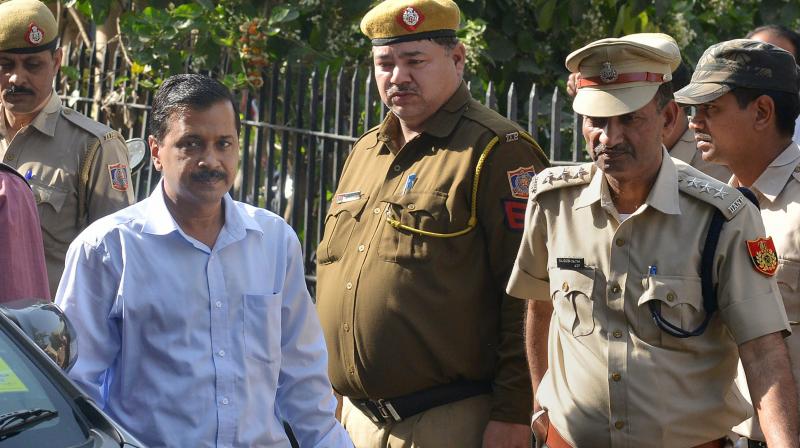 New Delhi: Delhi Chief Minister Arvind Kejriwal and five other AAP leaders were put on trial on Saturday in a criminal defamation case filed by Union Minister Arun Jaitley in the DDCA controversy, amid chaotic scenes in a court room in New Delhi.

Advocates from both the sides indulged in a heated argument over non-appearance of Jaitley after Chief Metropolitan Magistrate (CMM) Sumit Dass started the proceedings.

The accused, including Kejriwal, who were present before the court complained of "serious threat" after which the judge asked all the persons to go outside the court room, barring those who were concerned with the case.

The CMM framed notice against Kejriwal and other AAP leaders - Ashutosh, Kumar Vishwas, Sanjay Singh, Raghav Chaddha and Deepak Bajpai - after they pleaded not guilty and claimed trial.

Earlier, on January 30, the court had dismissed Kejriwal's plea seeking to be heard on point of framing of notice.

Jaitley had filed the complaint alleging that the accused had defamed him in a controversy regarding Delhi and District Cricket Association (DDCA) when he headed for over a decade.

A civil defamation suit has also been filed by Jaitley before the Delhi High Court in the matter seeking Rs 10 crore as damages.