'I'm in no hurry': Robert Vadra after dropping hint on joining politics

Robert Vadra said that he will start working on joining politics after getting absolved from 'baseless accusations' levelled against him. 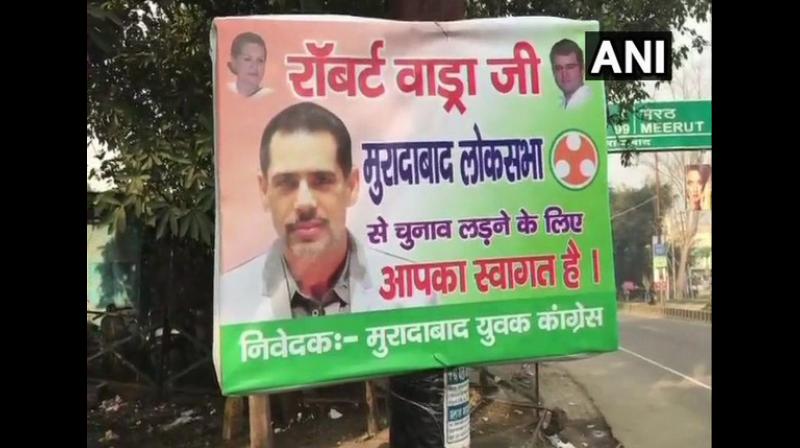 New Delhi: Robert Vadra, son-in-law of UPA chairperson Sonia Gandhi, on Monday said that he will start working on joining politics after getting absolved from "baseless accusations and allegations" being levelled against him.

Talking to ANI a day after hinting at joining politics through a Facebook post, Vadra said, "First, I need to absolve (myself) from baseless accusations and allegations. But yes, I will start working on it. There is no hurry. People need to feel that I can make a change..."

"Robert Vadra Ji, you are welcome to contest the election from the Moradabad Lok Sabha constituency," the posters read.

Vadra, the brother-in-law of Congress president Rahul Gandhi, hinted at joining politics, a month after his wife Priyanka Gandhi made her debut into active politics and was appointed a general secretary in-charge of eastern Uttar Pradesh East in the party.

In a Facebook post, Vadra said, "All these years of experience and learning cannot be just wasted and should be put to better use...Once all these accusations and allegations are over, I feel I should dedicate a larger role in serving the people."

Forty-nine-year-old Vadra, who has been repeatedly questioned by the Enforcement Directorate (ED) in the recent past in connection with money laundering and land grab cases, also accused the government of targeting him to divert the attention from the real issues confronting the country.