Parameshwara alleged that there were attempts by some in the Congress to block the rise of Dalit leaders. 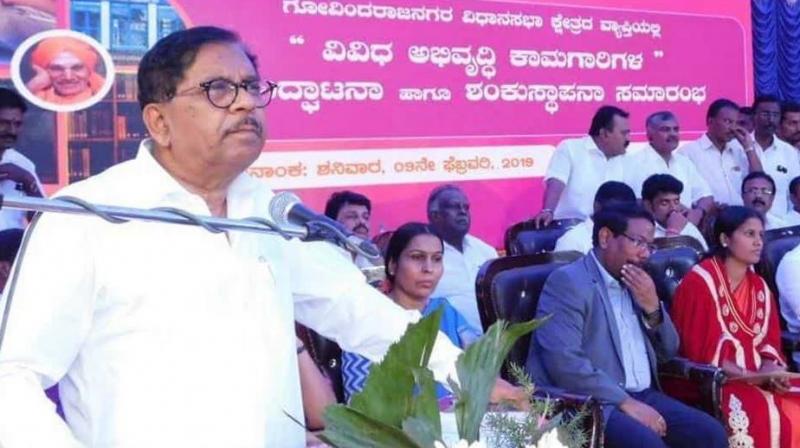 Speaking at a programme in Davangere, Parameshwara, a Dalit, said, Basavalingappa missed the chief ministerial post and so did K H Ranganath. (@DrParameshwara/Twitter)

Bengaluru: Alleging that there were attempts by some in the Congress to block the rise of Dalit leaders, Karnataka Deputy Chief Minister G Parameshwara Sunday claimed that he has thrice been denied the chief ministerial post, as he belonged to the community.

Speaking at a programme in Davangere, Parameshwara, a Dalit, said, Basavalingappa missed the chief ministerial post and so did K H Ranganath.

Parameshwara, a senior Congress leader, said, “ My elder brother Mallikarjuna Kharge also could not become the chief minister.. I missed it thrice.. Some how after much dilemma they made me the deputy chief minister.” Parameshwara alleged that some people wanted to suppress him politically.

Senior Congress leader and former CM Siddaramaiah denied Parameshwara’s allegation and insisted that the Congress has done the most for the Dalit community.

“It’s the Congress party which is taking care of Dalits and other neglected sections of society. I don’t know in what context he made a statement like that, it’s better you ask him,” Siddaramaiah was quoted as saying by news agency ANI.

The Congress and the JD(S) are part of an alliance in Karnataka with JD(S) leader Kumaraswamy occupying the CM’s chair and Parameshwara his deputy.