The political campaigning in the fifth phase of the state polls was marked by 'war of words' among rival parties. 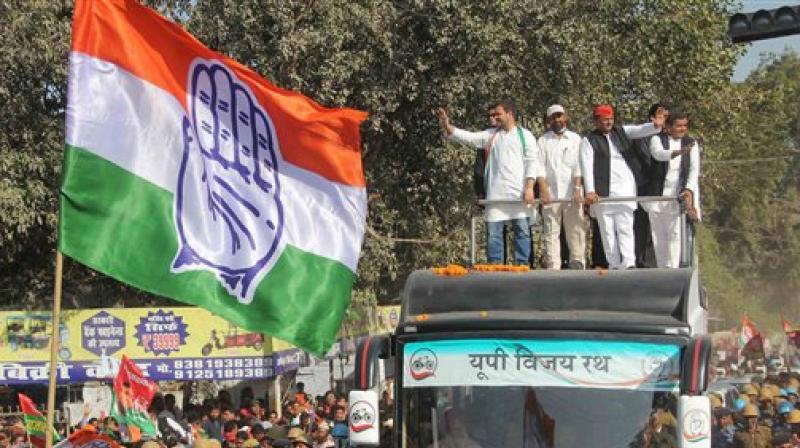 Lucknow: The high-decibel campaign for the fifth phase of the crucial Uttar Pradesh Assembly elections, which had touched a new low by a free flow of scornful words like "donkey, Kasab and kabootar", came to a close this evening.

A total of 51 constituencies, spread over 11 districts of eastern Uttar Pradesh, will go to polls on February 27 under this phase.

The political campaigning in the fifth phase of the state polls was marked by 'war of words' among rival parties.

At his rally in Bahraich, Prime Minister Narendra Modi hit back at Uttar Pradesh Chief Minister Akhilesh Yadav for his "donkey" remark, asking him if he was afraid of the four-footed creatures of Gujarat.

"I take inspiration from the donkey because I work for people day and night...donkeys are loyal to their master," he had said on Thursday to counter the SP chief's reference to donkeys of Gujarat in a poll meeting earlier in Rae Bareli.

"It works even if it is ill, hungry or tired and completes the task...Akhileshji these 125 crore countrymen are my masters...I do all the work they ask me to do as I take inspiration from donkeys and take it with full pride," he said.

The Prime Minister's reaction came as the UP CM advised megastar Amitabh Bachchan "not to advertise for the donkeys of Gujarat".

Akhilesh was referring to an advertisement in which Bachchan, the brand ambassador of Gujarat Tourism, is seen inviting tourists to visit the Wild Ass Sanctuary located in Little Rann of Kutch in the state.

As if the "donkey" remark was not enough, BSP supreme Mayawati hit back at BJP president Amit Shah after he used the acronym "KASAB" for Congress, SP and BSP, saying, "there cannot be a bigger Kasab than him." She also dubbed Shah a "terrorist".

Akhilesh also hit out at the BJP chief for his 'KASAB' barb, saying "KA" actually stood for "kabutar" (pigeon) and people will set BJP's pigeons free this election.

Shah had said, "Until Uttar Pradesh gets rid of K-A-S-A-B, there will be no development in the state. Ka (in Hindi) is for Congress, Sa for Samajwadi Party and Ba for BSP."