India   Politics  24 Nov 2018  Had Sardar Patel been PM, farmers would not have been ruined: PM Modi in Mandsaur
India, Politics

Had Sardar Patel been PM, farmers would not have been ruined: PM Modi in Mandsaur

Modi also ridiculed 'namdaar' Rahul Gandhi, saying the Congress chief was not being taken seriously by his own party. 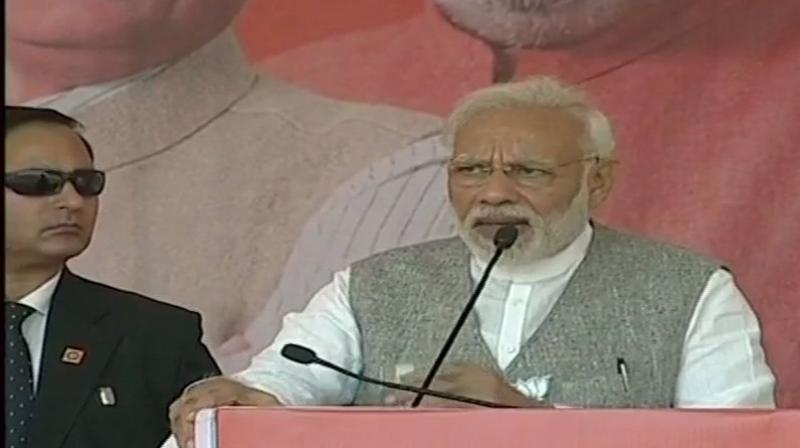 Mandsaur: Prime Minister Narendra Modi once again targeted the Nehru-Gandhi family on Saturday, saying farmers would not have been "ruined" had Sardar Vallabhbhai Patel been the country's first prime minister.

Addressing a rally here ahead of the November 28 Madhya Pradesh Assembly polls, he accused the Congress of "making false promises" and asked the opposition party whether late Indira Gandhi's "Garibi Hatao" (remove poverty) slogan a was a "lie" or not.

The prime minister's comments came in the wake of Congress president Rahul Gandhi accusing the Bharatiya Janata Party (BJP) of "making false promises" to people during the 2014 Lok Sabha polls.

Modi also ridiculed "namdaar" Rahul Gandhi, saying the Congress chief was not being taken seriously by his own party.

The government "remote-controlled by Madam" gave loans to farmers at an interest rate of 15-16 per cent, while the BJP government was giving them interest-free loans, Modi said, in a veiled swipe at UPA chairperson Sonia Gandhi.