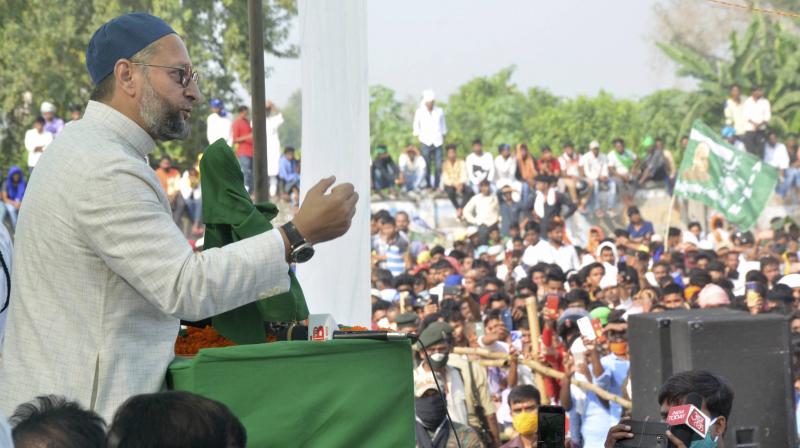 Adilabad: MIM leaders who are campaigning for the Bihar elections are expecting that the party will win 10 seats out of the 24 in which it is contesting in the 243-member Assembly.

The MIM is in the fray as part of the Grand Democratic Secular Front (GDSF) that has four other parties, including the Bahujan Samaj Party (BSP).

The MIM had won the Kishanganj seat in a byelection while its candidate Aktharul Imaan stood second, securing nearly 3.82 lakh votes, in the Seemanchal Lok Sabha seat in 2019. Many leaders from Telangana state, particularly from Adilabad, are campaigning for party candidates in Bihar.

Former municipal vice-chairman from Adilabad, Farooq Ahmed, who was campaigning in Amour, said MIM Bihar president Aktharul Imaan was contesting from the Amour seat and was poised to win. Former Hyderabad mayor Majid Hussain is the party in-charge for the Bihar elections.

The MIM has allocated six seats for Dalits, OBCs and Adivasis. Party leaders assert that they have been pressing for unity between the communities.

Party leaders point out that they are contesting in Bihar elections in order to spread its wings in other states and to unite all marginalised sections. The MIM won two MLA seats and one MP seat in Maharashtra in the previous elections.