India   Politics  24 Oct 2019  What did the Congress do right in Haryana to keep the BJP at bay?
India, Politics

What did the Congress do right in Haryana to keep the BJP at bay?

The result of the Haryana polls– which is headed for a hung Assembly – is an important reminder that state polls are fought on local issues. 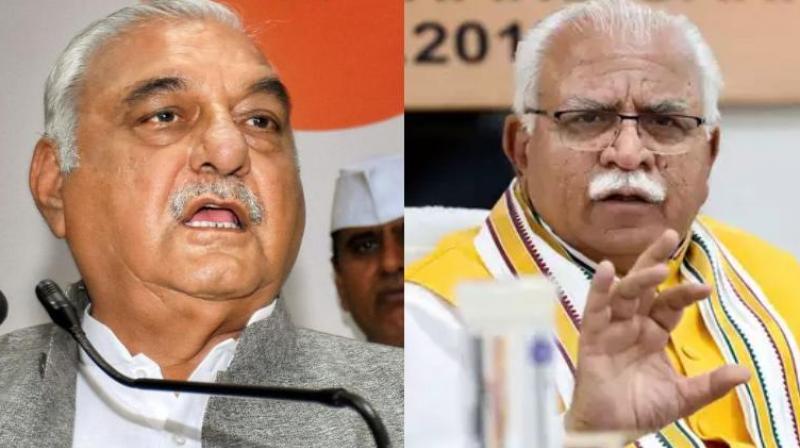 BJP was overconfident that the leadership fight in the Congress would help them. (Photo: PTI)

Haryana: Defying predictions of major exit polls, the Opposition Congress did much better than expected in Haryana.

The disarray in the party further, its bitter factionalism, plus the general discontent with Chief minister Manohar Lal Khattar, ultimately did not come on the way of smashing the BJP’s ‘'Mission 75' claim.

The results showed the 'Modi-wave' and nationalism did not guarantee success. Analysts felt the high-pitched campaign on the abrogation of Article 370 in Jammu and Kashmir did not move the electorate either.

This was the first test that Prime Minister Narendra Modi-led BJP faced after the landslide victory in the 2019 general elections and voters have clearly said the national and state Assembly elections can not be fought using the same political blueprint or strategy.

Despite the Congress' poor performance in the 2019 Lok Sabha elections, problems at national leadership level and inactive participation by central leaders -- Sonia and Priyanka Gandhi -- the verdict has shown that the local leadership acted effectively and put up a stellar show.

Congress’ former chief minister Bhupinder Singh Hooda has been tasked to scramble a government in Haryana.

For the 72-year-old leader, it was also a battle to save his political legacy.

So when former Congress president Rahul Gandhi promoted Ashok Tanwar in the state, the two-time chief minister gave an open dare to Sonia Gandhi and the Congress: “My workers will decide whether I should be with the Congress or do something else.”

It was then that incumbent president Sonia Gandhi came out in support of the upset Hooda.

Aware of Hooda's capabilities and influence in the state, Gandhi promoted Hooda and appointed him as the Congress legislative party leader and chief of the election management committee.

Tanwar resigned from all election committees of the party and said he would continue to work as an ordinary party worker. Kumari Selja, a Dalit leader, was named as Haryana Pradesh Congress Committee chief.

BJP was overconfident that the leadership fight in the Congress would help them. Somewhere, BJP underestimated the outcome of the 'Hooda effect'.

The result of the polls in Haryana – which is headed for a hung Assembly – is an important reminder that state polls are fought on local issues.