Asserting that the mandate has been against the incumbent BJP government, Hooda invited opposition parties to form coalition government. 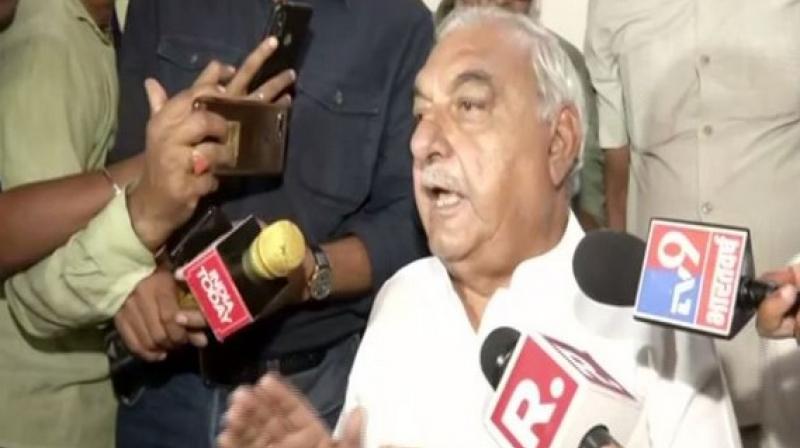 Rohtak: Senior Congress leader and former Haryana Chief Minister Bhupinder Singh Hooda on Thursday called on the rival parties of BJP to come together to form a strong coalition government in the state.

Asserting that the mandate by the people of Haryana has been against the incumbent BJP government, the former Chief Minister said, "The time has come for Congress, JJP, INLD, and independents to come together to form a strong government. I assure that each of them will be respected and given a respectable position."

Taking a jibe at the BJP, Hooda said, "Those who were shouting slogans of 75 + are finding it hard to reach 30 and 35. I want to thank people of Haryana for this."

The former Chief Minister also alleged that the government officials are threatening Independent candidates and warned them against doing so.

"It is for the first time I am seeing that almost all the ministers barring a few are losing. It shows that this is an unsuccessful government," he said while urging BJP to resign on the moral ground.

The Bharatiya Janata Party and Congress are witnessing a neck-and-neck fight in the Haryana Assembly elections, according to the official trends released by the Election Commission of India.

As per the trends, the BJP is leading on 35 seats in the state whereas Congress is also currently ahead on the same number of seats. The majority mark in the Haryana Assembly is 46.

Besides the two national parties, Jannayak Janta Party (JJP), led by Dushyant Chautala, is leading on 10 seats followed by others.

Elections for the 90 Assembly seats in Haryana were held on October 21.