BJP failed to achieve target of winning 75-plus seats in Haryana: Dushyant Chautala

Elections for the 90 seats in Haryana Assembly were held on October 21. 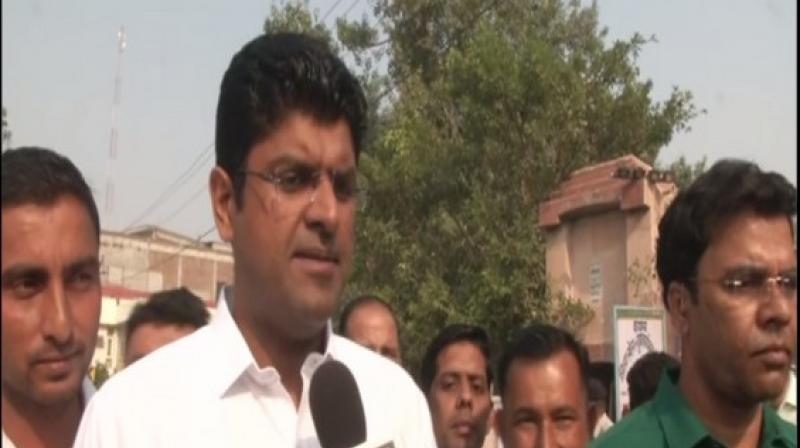 'Haryana is moving towards the path of development. (BJP's) 75-plus target has failed,' Chautala said. (Photo: ANI)

Jind: Jannayak Janata Party (JJP) leader Dushyant Chautala on Thursday said that the Bharatiya Janata Party has failed to achieve its target of winning 75-plus seats in Haryana Assembly elections.

According to official trends from the Election Commission, BJP is leading on 29 seats followed by Congress on 21, JJP at 10 and nine for others.

"Haryana is moving towards the path of development. (BJP's) 75-plus target has failed," Chautala told ANI here.

Elections for the 90 seats in Haryana Assembly were held on October 21.