Fadnavis clamied most of these MLAs are rebels of BJP and Shiv Sena. 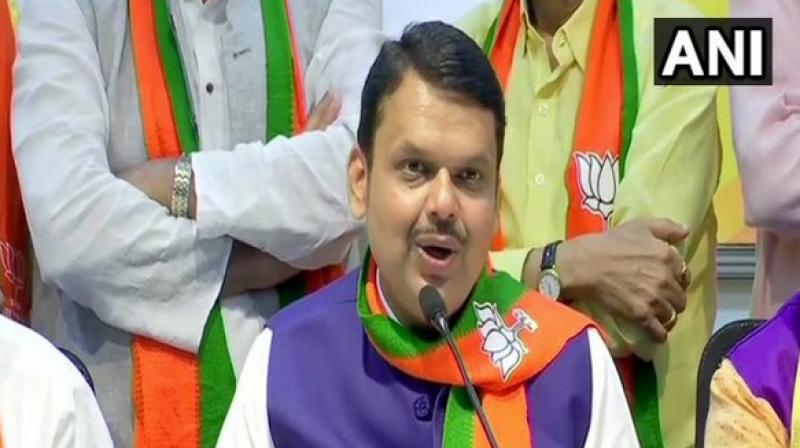 Mumbai: Chief Minister Devendra Fadnavis, on Thursday, stated that as many as 15 independent MLAs are ready to join Bharatiya Janata Party (BJP) and most of them are BJP and Shiv Sena rebels.

"15 independent MLAs have contacted me and they are ready to come with us. Others may also come but these 15 will surely come with us. Most of them are BJP or Shiv Sena rebels," said Fadnavis.

He also expressed his gratitude towards people of Maharashtra for the mandate.
"We are going to go ahead according to what has been decided between Shiv Sena and us (BJP). What has been decided is something which you will get to know when the time is right. I would like to thank the people of Maharashtra for giving a very clear and decisive mandate," he added.

"Two results are shocking for us - by-poll for Satara Lok Sabha constituency and Parli Assembly constituency. Our six ministers have lost, we will soon start finding out the reasons tomorrow onward. Today is the day to celebrate our victory. We will form a strong government in Maharashtra for the next five years," said Fadnavis.

Trends show the Indian National Congress (INC) leading on 22 seats and have won 24 seats while Sharad Pawar's NCP is leading on 25 seats and has won 29 seats. The BJP's ally Shiv Sena has won 38 seats and is currently leading on 18 seats.

As per the Election Commission data, Chief Minister Fadnavis is leading from Nagpur South West seat.

The BJP had contested on 150 seats while Shiv Sena had fielded its candidates in 124 constituencies in the state. On the other hand, Congress contested the polls in alliance with the NCP.