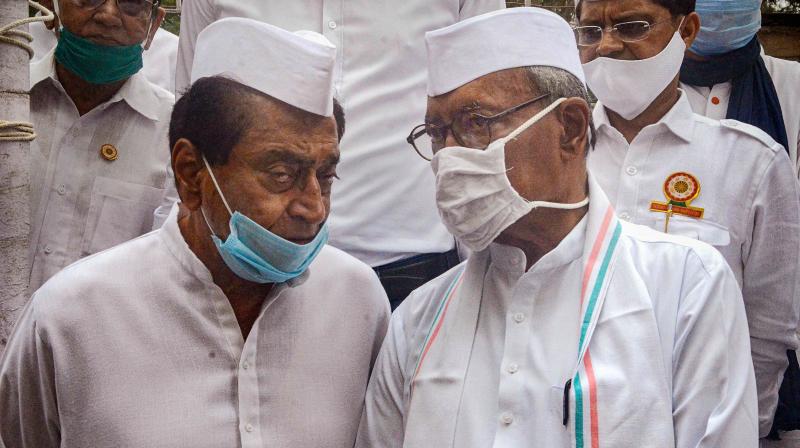 Bhopal: Mass desertion of Congress by its workers in Gwalior-Chambal region of Madhya Pradesh, triggered by senior BJP leader Jyotiraditya Scindia, has dealt a big jolt to the party ahead of by-polls to 27 assembly constituencies in the state, scheduled to be held by end of September this year.

Around 20,000 Congressmen, loyalists of Mr Scindia who has switched over to BJP from Congress in March this year, have resigned from the party and joined BJP in the last two days during the three-day membership drive launched by the saffron party in Gwalior-Chambal on Saturday.

“By the end of the second day of membership drive, as many as 38,843 people hailing from 14 of 18 assembly  constituencies in Gwalior-Chamabl region have joined BJP”, a press release issued by BJP here said, and added, “The drive evoked overwhelming response from people in the region”.

Congress on Sunday also launched a rally to protest desertion of party cadres in Gwalior-Chambal region, calling them ‘Gaddars’ or traitors.

Mr Chouhan however said it was Congress which has failed to fulfill its promises made to the people ahead of 2018 assembly elections giving birth to revolt in the party that led to fall of Kamal Nath government.

“Should Motilal Nehru and Netaji Subhash Bose also be  termed as traitors for leaving Congress owing to differences of opinion with the party leadership”, he asked the Congress leadership here.

Of the 27 assembly constituencies in MP that are going to by-elections in coming days, 18 are from Gwalior-Chambal region.

Twenty five Congress MLAs have resigned from the assembly and joined BJP in the last five months.

Of them, 22 former MLAs resigned from assembly and the Congress in March this year causing the collapse of the 15-month-old Kamal Nath government.

BJP has in principle decided to re-nominate all the former 22 MLAs from their respective assembly constituencies in the upcoming by-elections.

Sitting MLAs of two other assembly constituencies have since passed away necessitating by-elections there.