The action is akin to a temple priest looting its donation box and temple trustees cutting its dome atop, Raut said 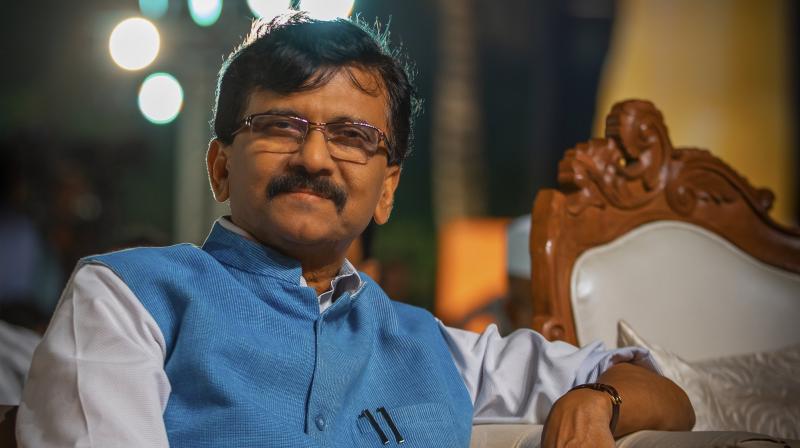 Mumbai: Shiv Sena MP Sanjay Raut on Sunday alleged that Speakers of the Maharashtra Assembly and the Lok Sabha violated constitutional norms by recognising the rebel groups of party lawmakers.

The action is akin to a temple priest looting its donation box and temple trustees cutting its dome atop. Similar things are happening in temples of democracy in the country, Raut claimed in his weekly column Rokhthok in the Sena mouthpiece 'Saamana'.

He alleged the Centre was trying to save the current Eknath Shinde-led Maharashtra government to "finish off" the Shiv Sena.

The Uddhav Thackeray-led Maha Vikas Aghadi government in Maharashtra collapsed last month after Sena MLA Eknath Shinde along with 39 other legislators revolted against the party leadership.

Shinde was on June 30 sworn in as the chief minister and BJP's Devendra Fadnavis took oath as his deputy.

Out of the 19 Shiv Sena MPs in the Lok Sabha, 12 are lending support to the Shinde camp.

In his column in Saamana on Sunday, Raut claimed, "After the formation of the new government in Maharashtra, the Legislative Assembly Speaker violated the constitutional norms. The picture was no different in the Lok Sabha."

The rebel MLAs and MPs are now free from probes which they are facing from central investigation agencies, said Raut, who is the executive editor of Saamana.

The contention of the rebel lawmakers that they are the real Shiv Sena and have not quit the party is an attempt to save their skin, he claimed.

As per the 10th Schedule of the Constitution, 16 rebel legislators including Chief Minister Eknath Shinde stand disqualified, he further claimed.

"The Centre is trying to save the state government and the 16 rebels to finish off the Shiv Sena permanently," Raut alleged.

The country's future and its democracy depend on what decision the Supreme Court's constitution bench takes (on a petition filed by the Uddhav Thackeray-led Shiv Sena seeking disqualification of these rebels), he said.

Vinayak Raut had in his letter submitted to the Lok Sabha Speaker on Monday night said he was the "duly appointed" leader of the Shiv Sena Parliamentary Party and Rajan Vichare was the chief whip.

He had also asked the Speaker not to entertain any representation from the rival faction.