One order from top and you’re gone: BJP leader to Kamal Nath after Karnataka collapse

In Madhya Pradesh, the Congress-led coalition currently has 121 seats out of a total 230 seats. 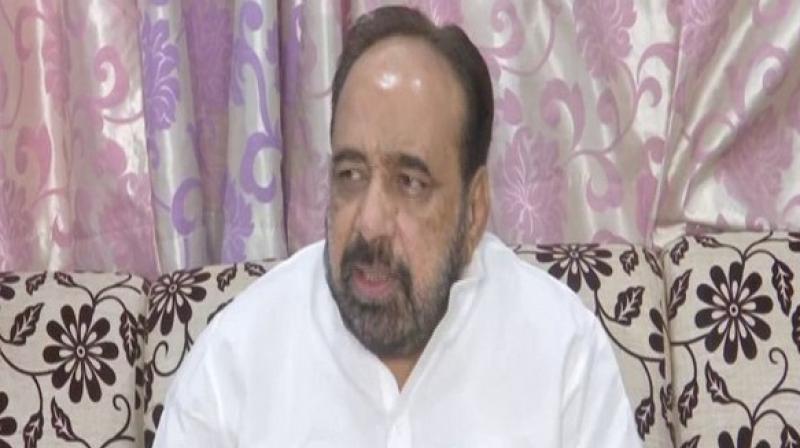 Bhargava said that the situation of Madhya Pradesh government was much worse than that of Karnataka. (Photo: ANI)

Bhopal: Leader of Opposition and BJP MLA Gopal Bhargava on Wednesday said that the situation of Madhya Pradesh government is much worse than that of Karnataka.

"It is a coalition based not on any ideological compatibility or principles, but on greed. The day their demands are not met, the coalition will fall. I believe that the situation in Madhya Pradesh is much worse than that of Karnataka," Gopal Bhargava said after JD (S) leader HD Kumaraswamy lost the trust vote in Karnataka Assembly on Tuesday.

"It is a big surprise that the government has managed to stay in power for seven months," he added.

Maintaining that the Bhartiya Janata Party had no role in toppling the government of Karnataka, Bhargava said, "We did not have any role with what happened in Karnataka. Every day, we are hearing the news that MLAs in many states are joining us. BJP has become so attractive that people are being drawn towards it, what can we do if a similar thing happens in Madhya Pradesh?"

Upon being asked whether the BJP government is ready to stake their claim, he said," We will follow the direction of our party's high command. We are not desperate to form government."

Read| Move no confidence motion if you wish: Kamal Nath to BJP

In Madhya Pradesh, the Congress-led coalition currently has 121 seats out of a total 230 with support from Bahujan Samaj Party, Samajwadi Party and four independent candidates. The halfway mark is 115.

In Bengaluru, on Tuesday, the confidence motion moved by Kumaraswamy government got 99 votes as against 105 of the Opposition leading to its defeat. This brought an end to the 12-day high-voltage political drama which had begun in Karnataka with the resignation of over a dozen rebel MLAs to Speaker KR Ramesh Kumar.