While vacating his office, he met with senior bureaucrats including the Chief Secretary. 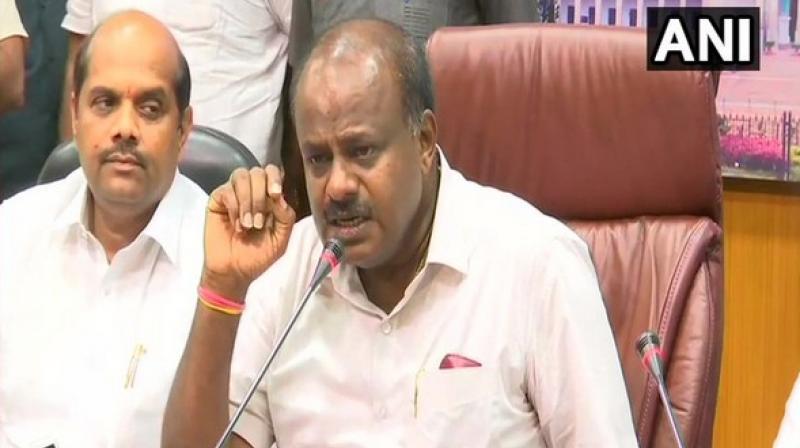 'In future, same kind of political developments will take place, instability of government may continue even after the new government is invited by the Governor,' Kumaraswamy said. (Photo: ANI)

Bengaluru: Claiming that instability may continue in the state, defeated Karnataka chief minister H D Kumaraswamy on Wednesday asked senior bureaucrats to not depend on elected representatives for resolving problems faced by people.

While vacating his office, he met with senior bureaucrats including the Chief Secretary.

Sharing details of his meeting and interaction, he told reporters, "Today, I invited all my senior officers and thanked them. While I honoured them, I gave some suggestions. In future, same kind of political developments will take place, instability of government may continue even after the new government is invited by the Governor."

Kumaraswamy also asserted that his government has worked for the welfare of weaker sections.

"When I took oath as CM, my government decided to waive farmer loans and planned to bring in the debt relief act. I once again wanted to bring such an act and help landless labours and small farmers. We sent the proposal for approval. The bill has now been signed and a government order has been issued. I am happy that on my way out I have worked for the interests of the weaker sections", Kumaraswamy said.

The 14-month-old Congress JD(S) coalition government in Karnataka fell on Tuesday after it was defeated on the floor of the Karnataka Assembly with about 20 MLAs of the ruling coalition defying their party whips and absenting from voting on the confidence motion.

The coalition got 99 votes as against 105 of the opposition.