Patel is a four term Rajya Sabha MP and has also been elected to the Lok Sabha thrice from Bharuch parliamentary constituency in Gujarat. 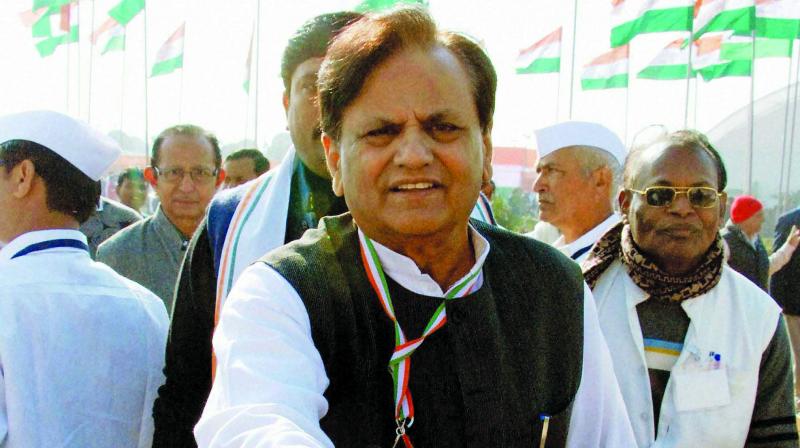 New Delhi: In the upcoming Rajya Sabha elections in Gujarat in August, the Congress is all set to re-nominate political secretary to Congress president Ahmed Patel. His re- election is a mere formality.

Three Rajya Sabha seats fall vacant in August in Gujarat. As per the current arithmetic in the Assembly, one will go to Congress while the other two will fall in the BJP’s kitty.

Mr Patel is a four term Rajya Sabha MP and has also been elected to the Lok Sabha thrice from Bharuch parliamentary constituency in Gujarat.

In a high level meeting of the Congress, which was attended by party vice president Rahul Gandhi, general secretary incharge of Gujarat Ashok Gehlot and state unit chief Bharatsinh Solanki, the name of Mr Patel was formally cleared, though clearance of his name was a foregone conclusion. Even after the exit of its senior leader Vaghela, the Congress is sure that it will be able to retain its lone seat of Rajya Sabha.

The other two members whose term is expiring in August are Smriti Irani and Dilipbhai Pandya.

Presently, the Congress has 57 MLAs in the 162-seat Gujarat Assembly and needs 47 for its candidate to win a Rajya Sabha seat.

Congress also has the support of two NCP and one JD(U) legislator in Gujarat and feels it can retain the seat, even after the exit of Mr. Vaghela.

The last date for filing of nominations for 10 Rajya Sabha vacancies from Gujarat, West Bengal and Madhya Pradesh is July 28. The process of nominations began on July 21 for the August 8 election.