Russia will honour weapons contract with India amid Ladakh tension 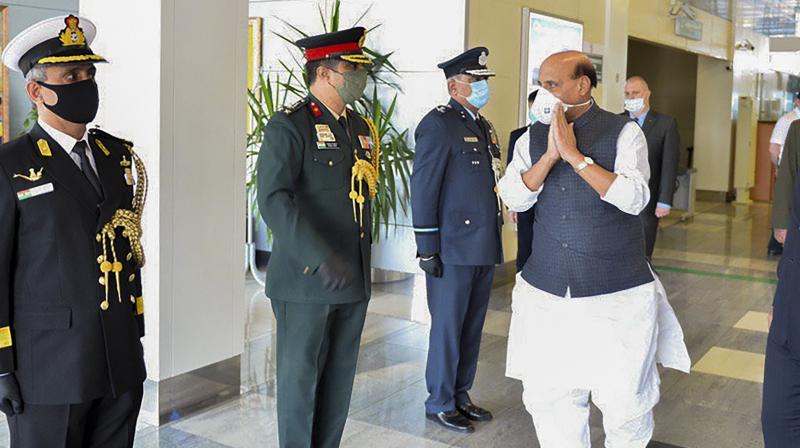 Union Defence Minister Rajnath Singh on his arrival in Moscow for a three day visit. (Images released by: @DefenceMinIndia)

New Delhi: Defence minister Rajnath Singh, who is on a three-day visit to Moscow, said on Tuesday that he has been assured by Russia that ongoing contracts for weapons will be maintained and in a number of cases will be taken forward in a shorter time.

"All our proposals have received positive response from the Russian side. I am fully satisfied with my discussions," said Mr Singh. Mr Singh will attend the Victory Parade on June 24, in Moscow to commemorate the 75th anniversary of the victory in the Second World War.

Meanwhile, defence ministry denied reports in Chinese media that Mr Singh will be meeting with Chinese Defence Minister Wei Fanghe in Moscow on India-China border tensions. "There is no such meeting," said a senior official.

"I can say with confidence that the traditional friendship between India and Russia remain strong. Our mutual interests are solid and we look to future cooperation in the spirit of our special friendship," said Mr Singh.

Defence minister said that India-Russia relations are one of Special and Privileged Strategic Partnership." Our defence relationship is one of its important pillars," he added.