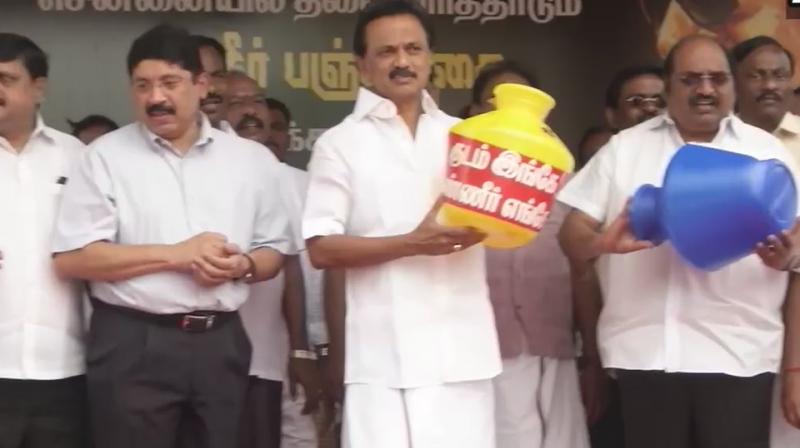 Stalin who also joined the protest here, said, "The pot is here, but where is the water. The ruling government should solve the water crisis in the state. It has not done anything to resolve the issue."

DMK MP from Chennai Parliamentary constituency, Dhayanidhi Maran said, "The city is out of the water and present Tamil Nadu Chief Minister Edapadi Palanisamy blamed lack of rains behind the crisis."

The locals too have expressed anger towards the state government.On Friday, Tamil Nadu Chief Minister Edappadi K. Palaniswami held a press conference following a high-level meeting on the prevailing water scarcity in the state.

The Chief Minister also refuted media reports about hotels and schools being shut down due to the water crisis, saying that he has personally spoken to schools and these reports are incorrect.

Tamil Nadu has been reeling under acute water stress for the past several months as Chennai's Porur Lake, one of the main sources of water has reached its lowest level. Moreover, scorching heat and delayed monsoon have further exacerbated the situation.