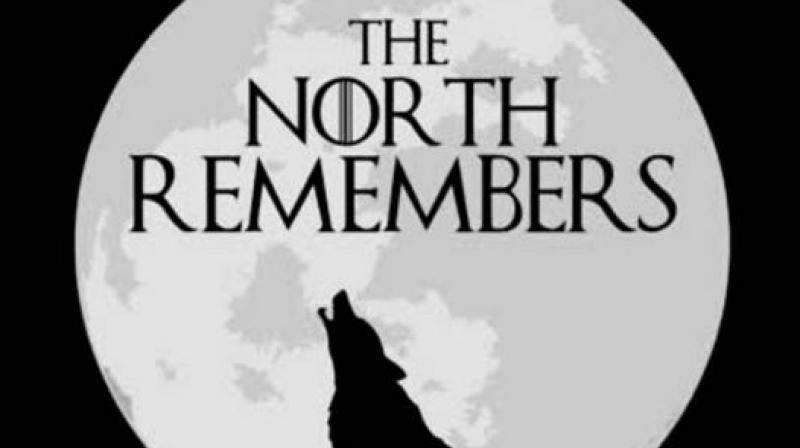 Irani shared silhouette picture of a dire wolf on backdrop of a moon with a quote from the series 'The North Remembers'. (Photo: File)

New Delhi: 'The North Remembers' the victories and the defeats. It has been a month of wins and loses, be it the finale of HBO fantasy drama 'Game of Thrones' or the Lok Sabha Elections 2019.

From the triumph of the 'Starks' in the show to the landslide win for the BJP in the 17th general elections, the two have followed a close line.

BJP candidate from Uttar Pradesh's Amethi constituency after defeating her rival, Congress candidate Rahul Gandhi, has summed up her success in a quote from the ultra-popular series.

She shared a silhouette picture of a dire wolf on the backdrop of the moon with a quote from the series 'The North Remembers'.

This also comes in the wake of BJP's triumph over most parts in North India.

Acknowledging Smriti's win in the North and adding that there is love from the South too, an Instagram user commented, "Don't worry mam there is love from south Kerala too just that we need better speakers communicators and planning in Kerala we tried our best but not enough follow up or action was there Suresh Ji Kumanam Ji and K Surendran Ji are awesome candidates who if there was proper planing and time with resources could have yielded results."

He added that Irani was "the symbol of women empowerment #giantslayer Jai Hind".

A 'GoT' inspired fan also exuded their love and commented, "Queen in the North".

This comes as a historic win for Irani because Amethi parliamentary seat is considered a Congress stronghold.

At the national level, BJP, whose campaign was spearheaded by Prime Minister Narendra Modi on muscular nationalism and a strident anti-Congress plank has won 288 seats and is leading on 15 as per the latest details updated on the website of the Election Commission.