He said the prime minister should make efforts to unite the people of the country instead of dividing them. 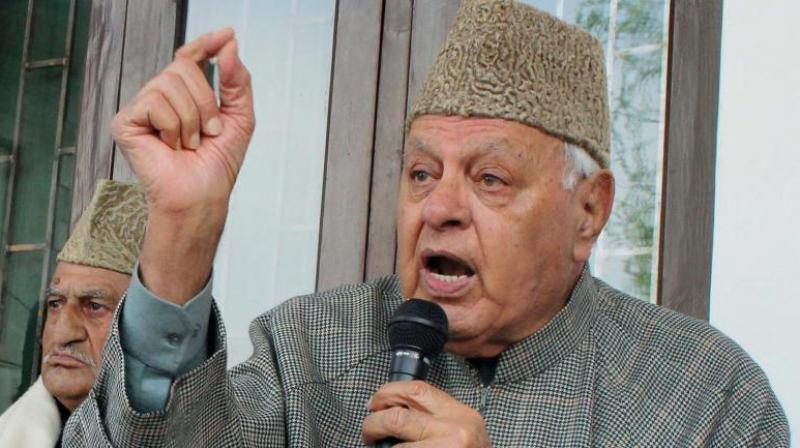 He said the prime minister should make efforts to unite the people of the country instead of dividing them. "Let him be as powerful as he (Modi) likes, he cannot remove Article 370 and article 35-A (from the state of Jammu and Kashmir)," Abdullah told reporters here. "Our right of Article 370 and Article 35-A should be protected. This is very important for us. We are soldiers of this country not enemies of this nation," he said. Article 370 grants special status to Jammu and Kashmir and limits Parliament's power to make laws concerning the state.

Article 35A empowers the state assembly to define 'permanent residents' for bestowing special rights and privileges on them. Abdullah urged Modi to connect the Kashmir Valley with the rest of the country through rail network. The NC chief said his party will provide autonomy to all the three regions of Ladakh, Kashmir and Jammu after winning the assembly polls. Abdullah (83) got 1,06,750 votes and defeated Aga Syed Mohsin of the PDP by 70,050 votes in the Srinagar constituency, which has a total electorate of 12,94,560.

This will be Abdullah's fourth term in the Lok Sabha, having been a member in 1980, 2009 and 2017 previously. He appreciated Congress chief Rahul Gandhi for continuing with his agenda of unity and diversity. "Winning and losing are part of life. Rahul Gandhi after five years will make a comeback and I don't think that people of Amethi will forget him. I think he (Rahul) will sit down and introspect as to why this happened and how to ensure Congress becomes stronger," the NC chief said. To a question about talks with Pakistan, Abdullah said if the prime minister wants to save the nation, he needs to be in friendly terms with our neighbours.