India   Politics  24 May 2019  Hema Malini, Ravi Kishan set for Lok Sabha, other stars fail to shine in UP
India, Politics

Hema Malini, Ravi Kishan set for Lok Sabha, other stars fail to shine in UP

Celebrity turned politicians Raj Babbar from Congress and Jaya Prada from the BJP couldn’t win for their respective parties. 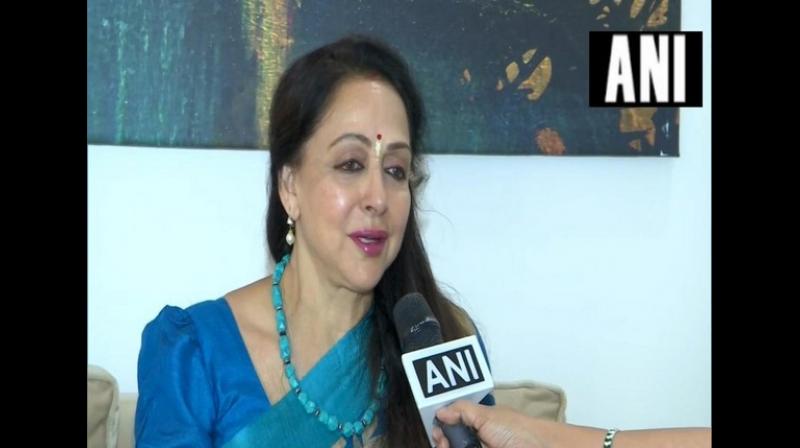 Lucknow: Bollywood veteran Hema Malini and Bhojpuri star Ravi Kishan were the only two cinema stars who found electoral success in the 2019 Lok Sabha elections while big names such as Raj Babbar and Jaya Prada were among those whose star appeal did not work in Uttar Pradesh.

Hema Malini retained her Mathura seat by a margin of almost three lakh votes in over her nearest rival Kunwar Narendra Singh of Rashtriya Lok Dal (RLD) while Ravi Kishan, who had crossed over from the Congress to the BJP last year, is set to make his debut in Lok Sabha.

The Lok Sabha results were declared on Thursday. Ravi Kishan won the crucial Gorakhpur seat, the bastion of UP Chief Minister Yogi Adityanath, by a margin of 3 lakh votes over Ram Bhuwal Nishad of Samajwadi Party (SP). BJP had lost that seat to SP in 2018 by-elections.

The Modi wave may have played a role in Hema Malini and Ravi Kishan's victories, did not help actor Jaya Prada and Bhojpuri star, Dinesh Yadav 'Nirahua'. They both lost the elections.

The biggest defeat, however, was faced by veteran actor Raj Babbar, the Congress state unit chief, who lost the Fatehpur Sikri constituency by a massive margin of over 4.9 lakh votes to BJP's Rajkumar Chahar.

Babbar has taken the 'moral responsibility' for the party's poor performance in the state and has sent his resignation to Congress president Rahul Gandhi. The party was virtually decimated in the 80-seat strong state, managing a single win for Sonia Gandhi from Rai Bareli.

Actor Jaya Prada fought a tough battle in Rampur, a traditional SP stronghold, against her bitter rival, controversial leader Azam Khan but could not win the seat for BJP. She lost the seat by a margin of over one lakh votes to Khan, who was censored by the Election Commission of India and stopped from campaigning for 48 hours for his attacks on Jaya Prada.

In UP, the BJP and its ally, Apna Dal, have won 64 of the 80 seats while the SP-BSP alliance has managed just 15 seats.