Congress won the lone Raebareli seat of Sonia Gandhi in UP that sends highest number of MPs to Lower House. 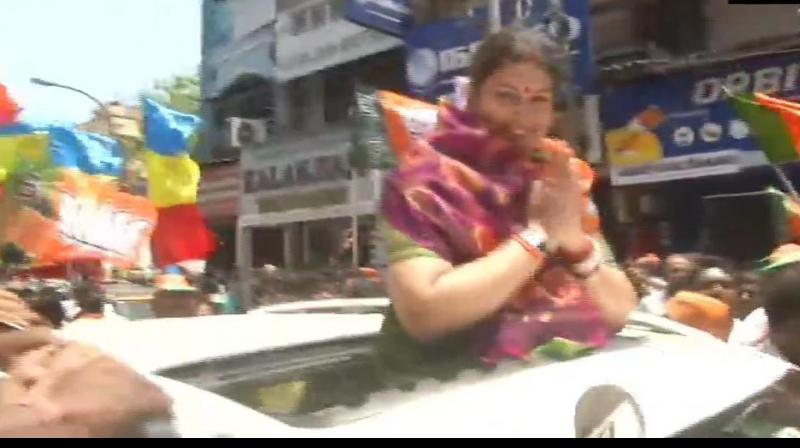 Congress' biggest loss was in its bastion Amethi where Congress president Rahul Gandhi was defeated by Union minister Smriti Irani, who had lost the seat in 2014. (Photo: File)

Lucknow: Proving all arithmetic of the SP-BSP 'mahagatbandhan' in Uttar Pradesh wrong, the BJP and its ally Apna Dal(S) won 64 of the 80 Lok Sabha seats, demolishing the alliance partners, which got 15 seats between them.

The Congress won the lone Raebareli seat of Sonia Gandhi in the politically crucial state that sends the highest number of MPs to the Lower House.

Of the alliance partners, the Mayawati-led Bahujan Samaj Party (BSP) was the biggest gainer with 10 seats.

Akhilesh Yadav's Samajwadi Party won five seats and the smallest of the partners Rashtriya Lok Dal couldn't open its account in the polls. The saffron party has won 62 seats and its ally Apna Dal (S) two seats, according to the Election Commission.

The Congress' biggest loss was in its bastion Amethi where Congress president Rahul Gandhi was defeated by Union minister Smriti Irani, who had lost the seat in 2014.

Prime Minister Narendra Modi won from the Varanasi seat defeating his nearest rival Shalini Yadav of the SP by a margin of 4,79,505 votes, bettering his previous margin of 3,71,784 votes in 2014.

In the wake of the Congress' dismal performance in the Lok Sabha polls in Uttar Pradesh, state party president Raj Babbar has sent his resignation to Rahul Gandhi, according to a party spokesman in Uttar Pradesh.

Babbar tweeted in Hindi on Friday," The results are depressing for the Uttar Pradesh Congress. I find myself guilty of not discharging my responsibility in a proper manner. I will meet the leadership and apprise it of my views."

Though SP founder Mulayam Singh Yadav won from Mainpuri and his son and SP president Akhilesh Yadav from Azamgarh, the scene was not so rosy for other members of the Yadav clan.

Akhilesh Yadav's wife Dimple and his cousin Dharmendra lost in Kannuaj and Badaun, respectively. His other cousin Akshay lost from Firozabad.

Mayawati's BSP had drawn a blank last time, but this time her alliance with the SP appeared to have paid her dividends as her party won 10 seats.

Just ahead of the elections, the SP and the BSP had cobbled together an alliance. The BSP contested 38 seats, the SP 37, leaving three for the RLD.

The alliance did not put up any candidate in Amethi and Raebareli. But, despite the alliance, the RLD could not open its account with all the three candidates losing to the BJP.

After uprooting the Congress chief from his party bastion, BJP leader Smriti Irani Friday thanked the people, tweeting "a new morning for Amethi, a new resolve."

Thank you, Amethi. You showed faith in development and for helping lotus bloom," said Irani, who defeated the Rahul Gandhi by a margin of 55,120 votes.