Entered politics so that no woman should be tortured, says Sadhvi Pragya 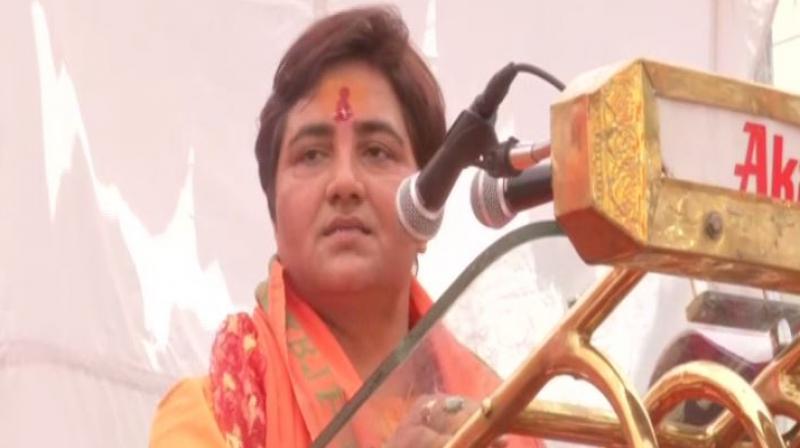 She also said she is the 'the living example of the numerous atrocities committed on women' and that she does not want any woman to go through the same pain that she did. (Photo: ANI)

Bhopal: BJP candidate from Bhopal, Sadhvi Pragya Singh Thakur on Tuesday said that she entered the political arena to put an end to the numerous atrocities being committed on women.

She also said she is the "the living example of the numerous atrocities committed on women" and that she does not want any woman to go through the same pain that she did.

The BJP leader was addressing a public rally in Bhopal on Tuesday in which former Chief Minister and BJP leader Shivraj Singh Chouhan was also present.

“Women are being tortured and numerous atrocities were committed upon them. They are being exploited and raped. I am a living example of the pain inflicted on women. I have gone through that pain,” said Pragya Singh

“Now I have come because I want that no woman should be tortured by these criminals,” she said.

On Tuesday, Thakur filed her nomination papers from Bhopal Lok Sabha constituency. She was accompanied by three supporters and her advocate.

Thakur is among the seven accused facing trial in the Malegaon blast case, wherein six people were killed and a dozen others were injured when a bomb placed on a motorcycle exploded in Maharashtra's Malegaon on September 29, 2008. BJP is defending Sadhvi saying that a false case was registered against her and others.