Raj joined Cong after meeting Rahul Gandhi. He said he wouldn't be 'hurt' had BJP told him earlier that he would not be given a ticket. 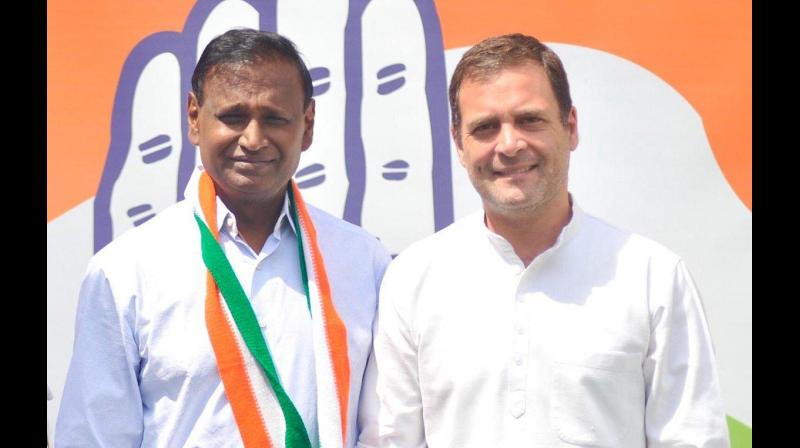 Raj joined the Congress after meeting party president Rahul Gandhi after being denied a ticket from the BJP (Photo: ANI I twitter))

New Delhi: Disgruntled BJP MP from northwest Delhi Udit Raj joined the Congress on Wednesday, a day after being denied ticket by the saffron party.

Raj joined the Congress after meeting party president Rahul Gandhi here this morning. On Wednesday, Raj tweeted he would not have been "hurt" had the BJP told him earlier that he would not be given a ticket.

The BJP had replaced Raj from the North West Lok Sabha constituency with Punjabi Sufi singer Hans Raj Hans. On Tuesday, he had said the BJP might have decided to drop him for protesting against the apex court's order that nullified the stringent provisions of the Dalit protection law.

Earlier this month, he was at the centre of controversy after being caught in a sting done on several MPs, which purportedly showed lawmakers accepting use of black money for contesting polls.