At 76.21 per cent, record turnout in Rahul Gandhi’s Wayanad seat 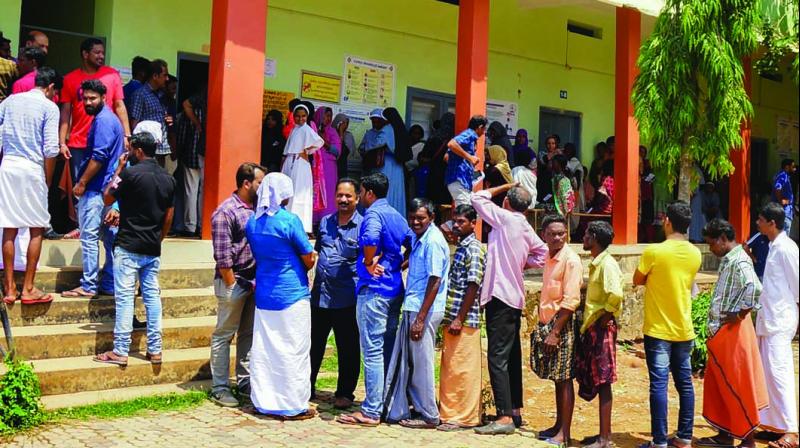 People wait in long queues to cast their votes at a polling station during the third phase of Lok Sabha polls at Batheri in Wayanad on Tuesday. (Photo: PTI )

Wayanad: Billed as a key seat given the presence of Congress chief Rahul Gandhi on the ballot, the Wayanad Lok Sabha segment witnessed a record turnout of voters on Tuesday as polling was held in the State’s 20 constituencies.

According to official sources, a large number of people were still in the queue at polling stations and the figure would go up when the final figures are tabulated.

Buoyed by the large turnout, the Congress-led UDF claimed a “record breaking margin” for Gandhi in Wayanad when the votes are counted on May 23.

The CPI(M)-led LDF admitted that Gandhis candidature was the reason for the massive turnout in polling stations, but claimed that the hard work done by the Left workers for their candidate P.P. Suneer also contributed towards it.

The senior Congress leader also claimed that there was a “Rahul wave” across Kerala.

“The huge turnout of the people in the elections in Wayanad and other constituencies is a befitting reply by people of Kerala to Prime Minister Narendra Modi and BJP president Amit Shah for their divisive political agenda,” he said.