Unique Identification No for cows, care for aged cattle: Centre to SC

The Centre made the proposal in a report it submitted to SC on cow protection and smuggling of cattle across Indo-Bangladesh border. 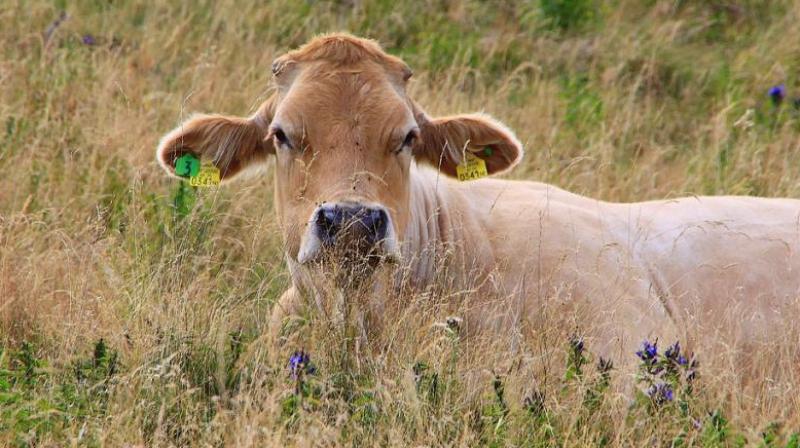 New Delhi: In a bid to avail better protection of cows and prohibition of smuggling of cattle across India and Bangladesh border, the Centre on Monday in its report to the Supreme Court said each cow and its progeny across India should get a Unique Identification Number (UID).

The Centre told the apex court that a committee headed by Joint Secretary and Home Ministry was formed, which has given certain recommendations on the issue.

With an aim to stop cow smuggling, the committee said the responsibility of safety and care of abandoned animals is mainly of the state government.

The committee also recommended that special care should be given to cattle beyond the age of milking, adding the animals that stop milking are mainly smuggled outside India.

"Scheme should be launched for farmers in distress so that they do not sell animals that are beyond milking age. Funding of shelter homes should be done by the State Government. The existing shelter homes lack facility and human resources," it stated.
Another recommendation by the Centre said each cow and its progeny across India should get a Unique Identification Number so that their tracking can be done.

"The UID number should have age, breed, sex, lactation, height, body, color, horn type, tail switch and special marks details of the animal. The UID for cow and its progeny should be made mandatory across India," the Centre asserted.

Emphasising on the prohibition of smuggling of animals across Bangladesh, the Centre said that active support and cooperation should be sought from the public.

"People should be asked to give information related to movements of animals on roads through toll free helpline numbers," the Centre's report added.

The recommendations come in the backdrop of various incidents of cow vigilantism being reported across the nation.